Incoming warm up could last a while

Kentucky could stay above average through Memorial Day 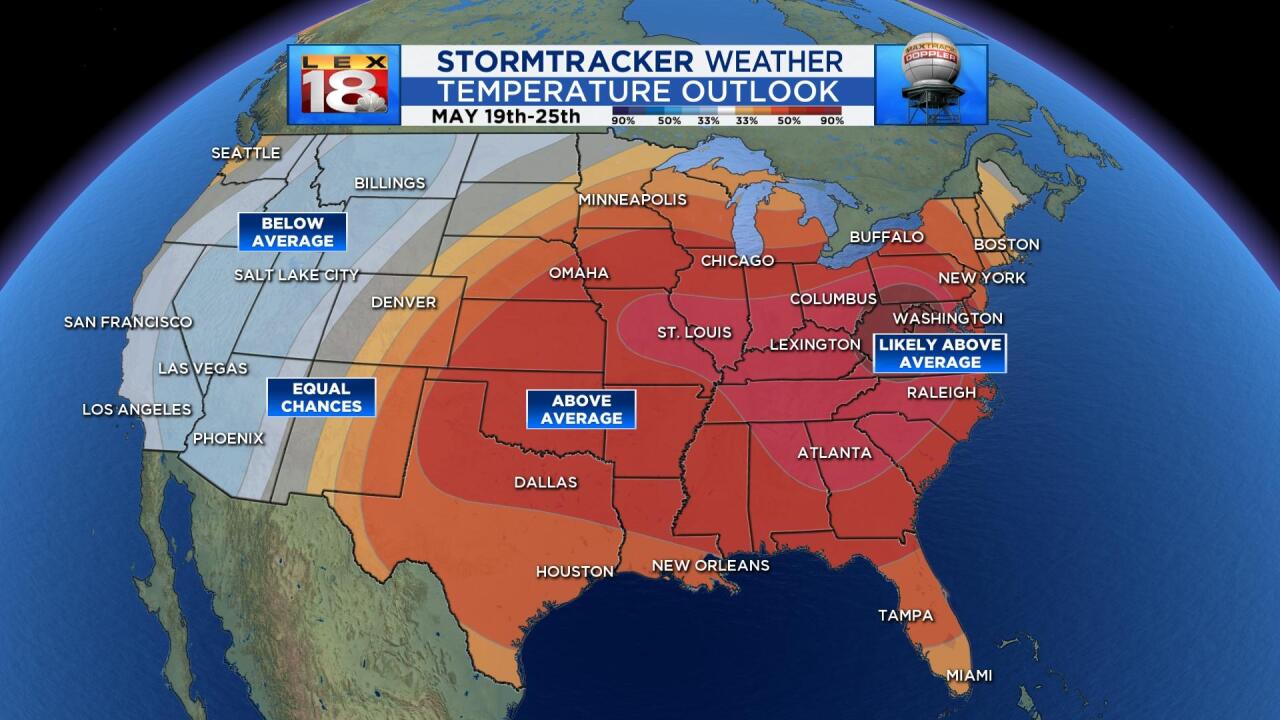 We’ve been slowly getting through the early part of May. Things seemed promising with a few days in the upper 70s before the bottom dropped out. Temperatures plummeted with several cold fronts that allowed temperatures to fall to below average and stay put.

Now, we’re seeing an opposite effect. As in life, atmospheric science tends to seek a balance. We’re seeing the opposite end of the spectrum at the end of the week and will see that pattern for some time. Basically, moving from a winter pattern straight to a summer pattern.

We’ll begin to see a warm up late week thanks to a southerly wind flow and the Jetstream moving north towards the U.S./Canada border. This will allow warm air to infiltrate the Plains, Deep South, Midwest, Atlantic Coast, and the Northeast.