Keeping safe during a thunderstorm 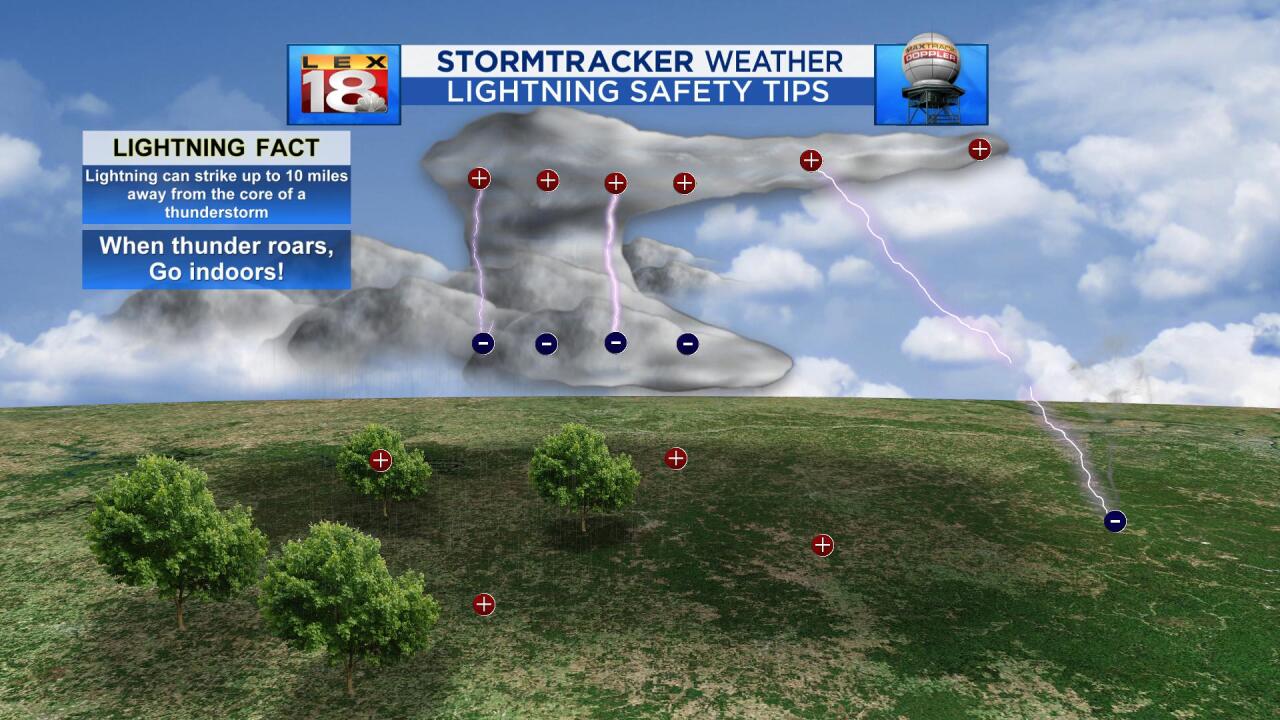 Lightning is one of the most fascinating phenomena when it comes to weather. The fast, brilliant light followed by a loud boom of thunder has been keeping people fascinated (and suddenly spooked) since the dawn of humankind.

It’s a fairly simple process that is a normal function inside of a thunderstorm. The process is so simple, in fact, that it happens in many other ways all around the earth, except under different conditions. *Hint* - That small static shock you get when you touch a doorknob in the winter is just a tiny form of lightning.

While lightning can be beautiful, is can also be deadly. In fact, on average, 51 deaths occur every year from lightning strikes around the United States. Across the earth, an average of 100 bolts of lightning hit the earth every second. That equates to 8 million per day, and around 3 billion per year!

So, in order to stay safe during a thunderstorm, it’s important to know some facts and tips about lightning.

Being short can have its advantages
Lightning is an electrical discharge which is the result of the balance between positively and negatively charged particles in the clouds. When the energy between the two particles grows large enough on one side of the equation, a balance must occur. The bolt is the energy traveling from positive to negative or vice versa. Lighting occurs between particles inside the cloud, but also with particles that gather on the earth’s surface. This is how cloud-to-ground lightning is produced. Lightning is always trying to find the "path of least resistance" between particles. MOST of the time that path is through a tall object. However, lightning can strike anywhere at any time. That’s why it’s best to head indoors, when you see lighting or head thunder.

No time for a swim!
Electrical currents look for good conductors to travel through. Unfortunately, one of those conductors also happens to fall out of the sky during a thunderstorm. Water! Water is highly dangerous as the electrical current travels quickly and easily through it. Metal is another great conductor for electricity. Therefore, if you’re stuck outside during a thunderstorm, stay away from water and metal objects. You should DEFINITELY get OUT of the pool, river or lake if a thunderstorm is close by.

Lightning has pretty good reach!
If you see lightning, sometimes you remember to count the seconds until you hear thunder to determine the distance. The rule of thumb here is, for every 5 seconds you count the storm is one mile away. So, if you count 10 seconds between the flash and thunder, the storm is two miles away. You may think that if you’re far away from a storm that you’re safe. Actually, lightning can strike up to 10 miles away from a thunderstorm! If there is no rain around the bolt when it strikes, it is called a “dry” lightning strike. Dry lightning accounts for many wildfires in the American West. Bottom line, no mater how far you are away from a storm, if you hear thunder or see lightning, head indoors or seek shelter.

Lightning is HOT!
How hot do you think lightning is? It’s got to be pretty hot for it to do what it does; but did you know that lightning is 5x hotter than the sun's surface!?!?!?! Yep, bolts can reach 50,000 degrees Fahrenheit, and are usually about the diameter of a U.S. nickel. Fun Fact.

Be your own shelter
Say you go for a run, hike, or bike ride and you are miles away from a shelter when a pop-up thunderstorm hits. What do you do? Best practice for this scenario is to find low ground away from hilltops and certainly away from trees or other tall objects. When you’re in a low-lying area like a ditch or a ravine, squat down like you are a baseball catcher. With your heels touching each other and the balls of your feet on the ground, pull your head down as low as you can between your knees and cover your ears as the impending boom of thunder will be EXTREMELY loud! Minimize contact with the ground (especially if it’s wet) and NEVER lie flat on the ground.