Higher atmospheric pressure is the cause of the nice, sunny, and calm weather we’re experiencing after Florence. Skies clear up enough to let in abundant sunshine and temperatures are representative of that. We’re pushing 90 degrees this afternoon with heat indices in the low to mid 90s. Tomorrow, we’ll likely touch 90 with similar heat index values. Clouds build through the afternoon, but due to the higher pressure, not much comes out of that. A few isolated showers are possible today but that’s about it.

Heat hangs on through the end of the work week. As the atmospheric pressure lowers, the chances for rain go up. Friday, we’re expecting temperatures to still top out summer-like, along with developing showers and thunderstorms. As the cold font arrives, storms will get strong later Friday, and we’re looking at strong wind gusts with some storms. As the cold front stalls in southern Kentucky Saturday, northern counties may get a brief letup from the rain. Saturday will not be a washout for the northern counties, but rain could be prevalent in the southern areas, specifically around the southern parkways. Better chances for showers and storms will set up next week as a series of storms move through the upper Midwest. Temperatures will remain mostly fall-like through this time, but we could get a very fall-like drop towards the end of next week. 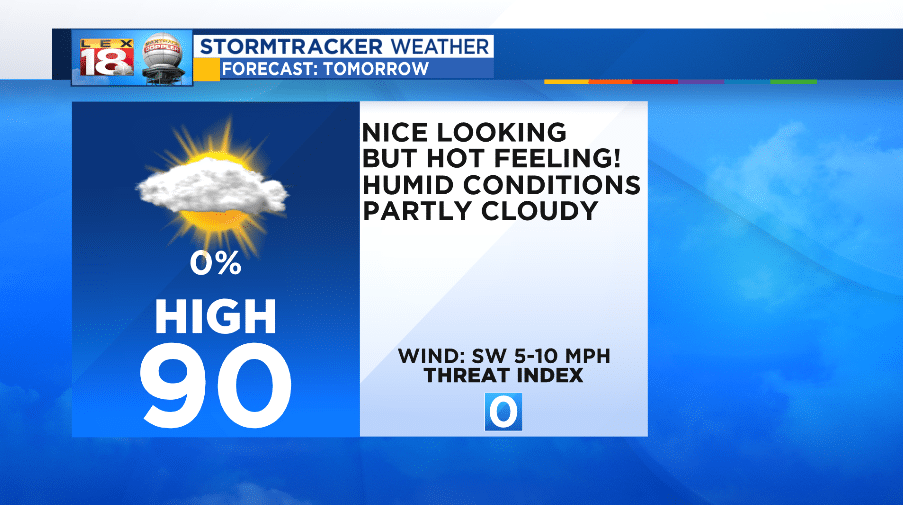