Due to the flash flood threat today, the StormTracker Severe Threat Index has been raised to a LEVEL ONE or SLIGHT. Dangerous travel is expected in areas with high water. Use caution and remember to NEVER drive through a flooded roadway.

A FLASH FLOOD WARNING has been extended to cover Woodford, Fayette and Bourbon Counties until 1:15 pm. 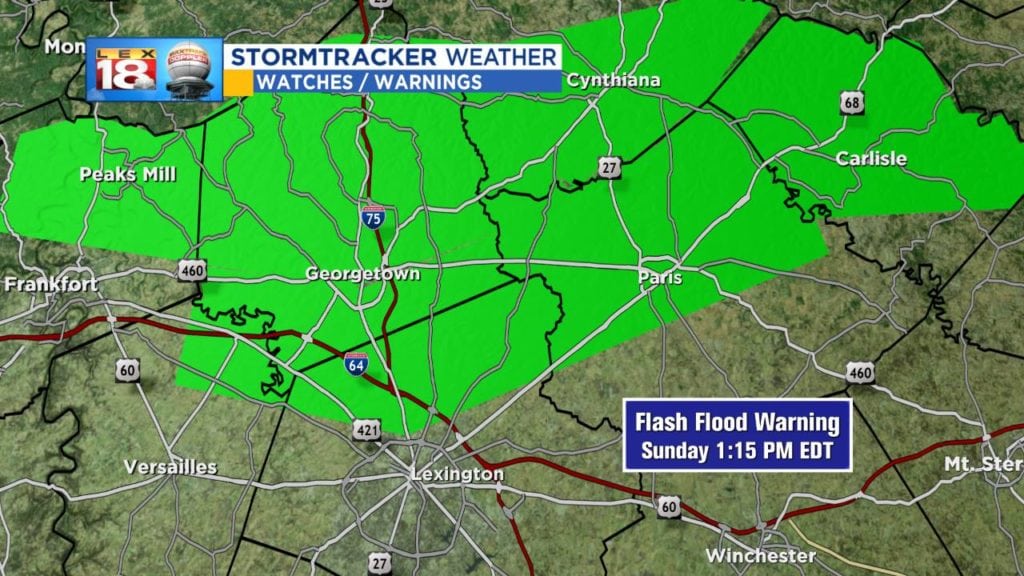 The Flash Flood Warning has been converted into a FLOOD WARNING for Franklin, Scott, and Harrison Counties and lasts until 6:00 pm. Rain rates are lower, but rising water is still possible as light and moderate rain  showers continue. 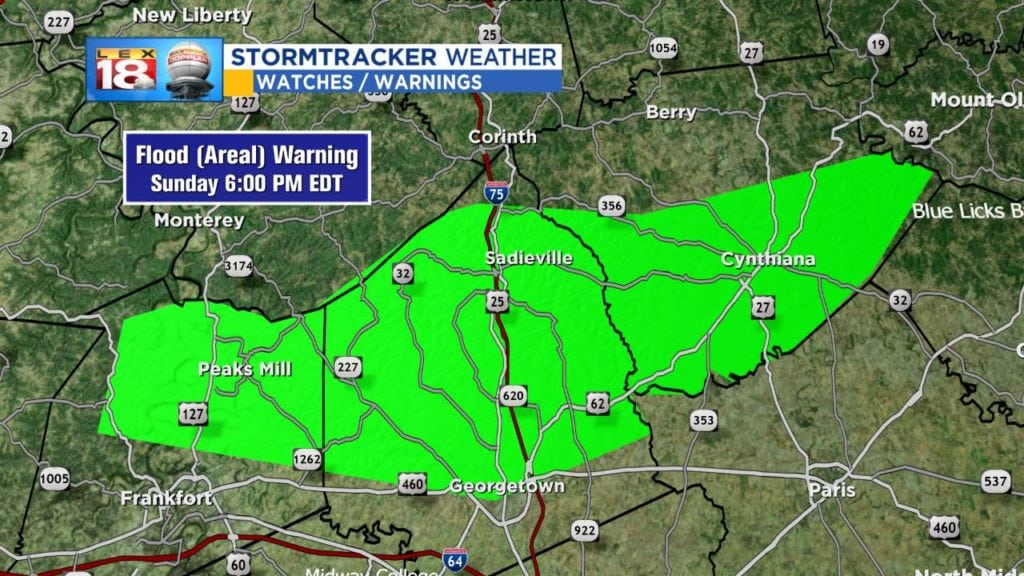 A FLASH FLOOD WARNING is in effect for Bourbon and Nicholas Counties until 1:00 pm. 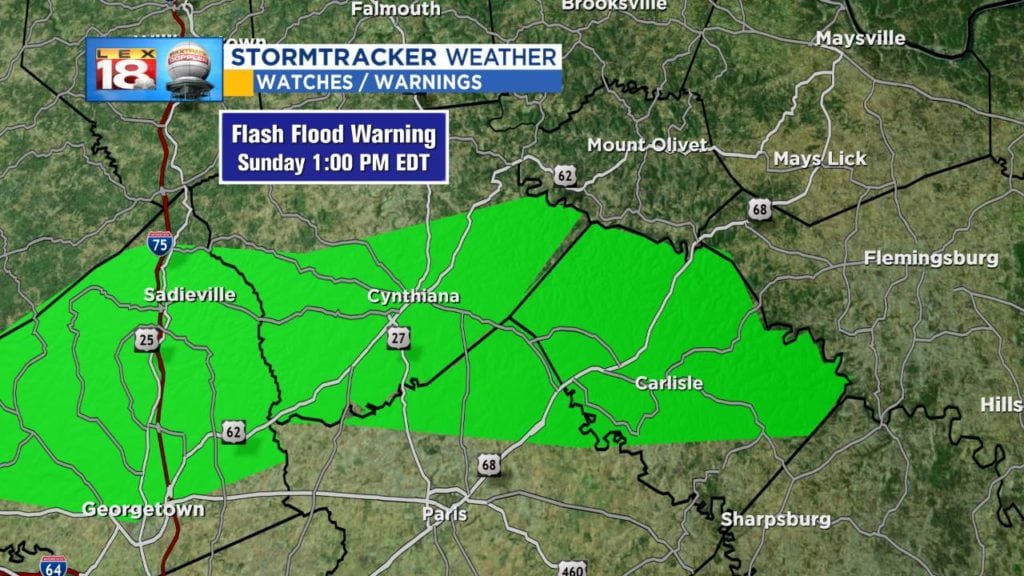 A FLOOD ADVISORY is in effect for Nicholas County until 12:30 pm. 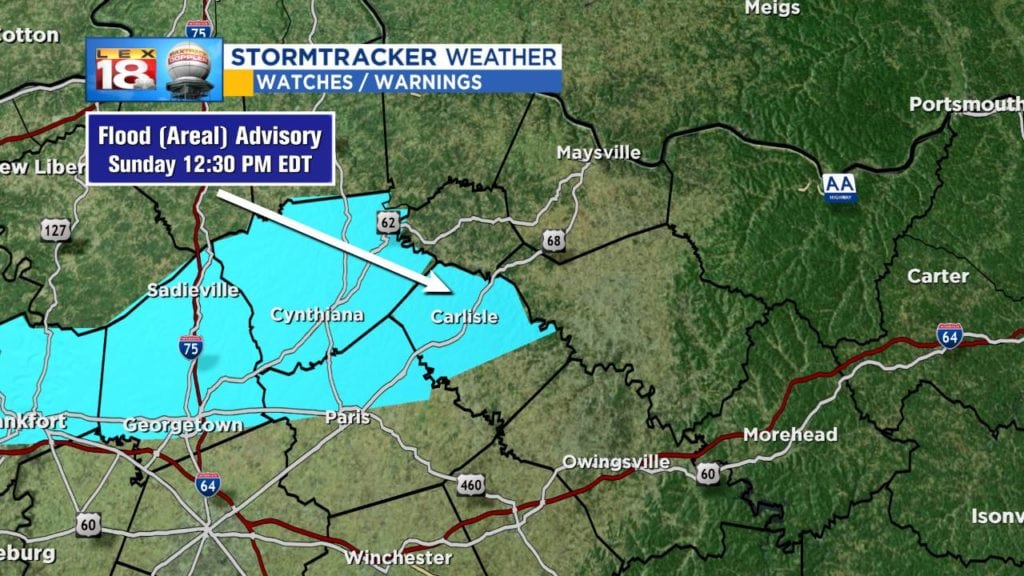 A FLOOD ADVISORY is in effect for Anderson, Woodford, and Fayette Counties until 1:00 pm. 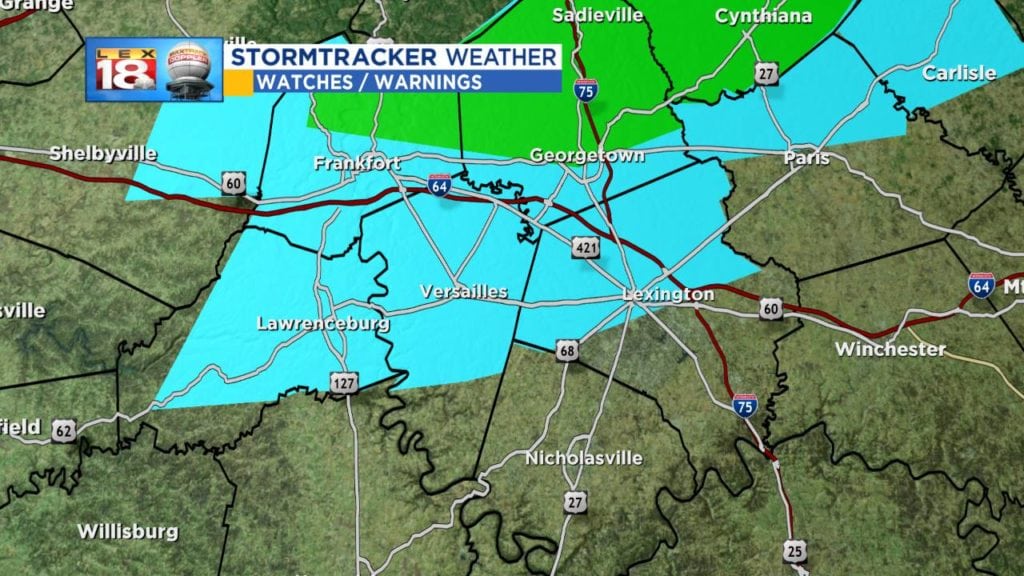 A FLOOD ADVISORY is in effect for Fleming, Bath, and Rowan Counties until 1:15 pm. 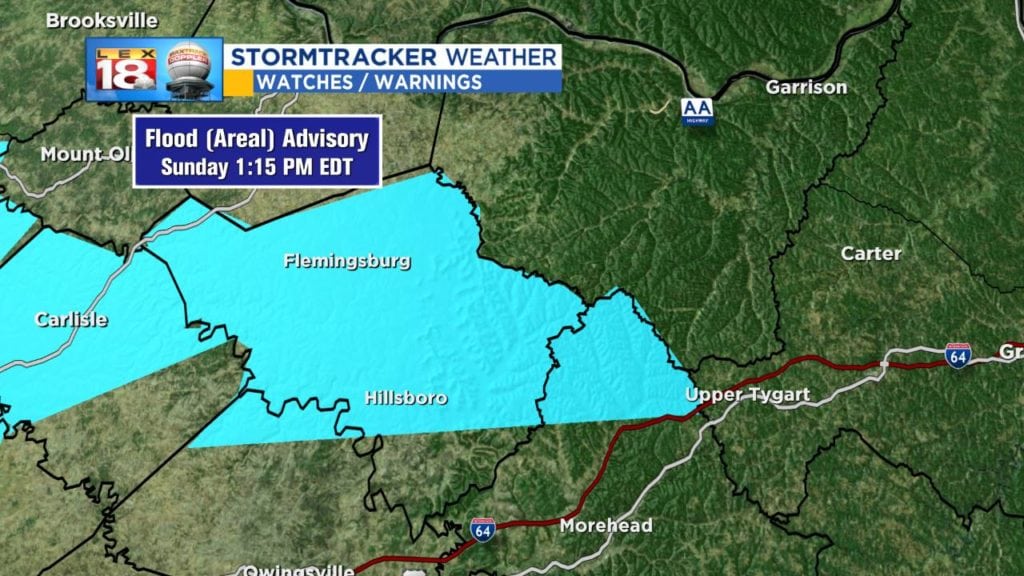 Stay with the StormTracker Weather Team or visit LEX 18 Weather for the latest information on the Flash Flood threat today.