Not a Thing Going On

Okay that’s not *technically* true. There’s always something going on in weather, but meteorologically speaking, it’s a very quiet week ahead. This morning was met with freezing temperatures after the late night cold front. The same cold front that brought wind gust speeds up to 50 mph in some places last night. Now, the wind is calm, but the air is cold and dry. We’ll see plenty of sunshine through today and will only warm to about 50 degrees.

The temperatures will still ebb and flow the next few days due to a “super-secret” cold front mid-week. We are expecting another freezing morning Monday, so prepare for that. A FREEZE WARNING will be in effect early Monday through the mid-morning hours. The afternoon will actually run about 10 degrees warmer hitting the low 60s. We’ll warm up the morning of Tuesday thanks to shifting winds out of the south and southwest. The mid-week cold front will be so sneaky that you won’t even see it. But we’ll certainly feel the difference as temperatures drop back down into the 30s for the mornings and the 50s for the afternoons at the end of the work week. No precipitation is expected as the front has no moisture to work with. Plenty of sunshine around for the entire week. Next chance for rain moves in late Friday. 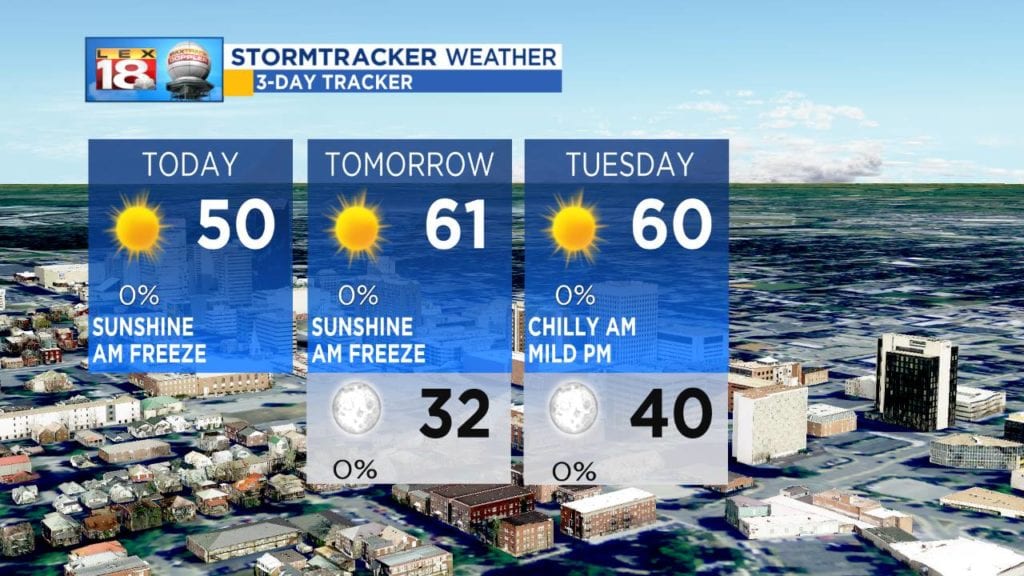