It’s one of those forecast stretches where a few days end up being very similar to each other. Usually, only a few small things change, while the big picture remains the same. Due to the abundant high pressure, skies remain clear this morning, and temperatures are reflective of that. We’ve dropped to freezing or a little below. Ice will be a possibility on wind shields. There may be some morning fog around in south and eastern river valleys.

We’re tracking a similar day to yesterday. Abundant sunshine after some patchy am fog low low-lying cloud coverage. That being said, dry air is working in, so fog has been reduced quite a bit compared to this time yesterday. Everyone gets plenty of sun therapy today and temperatures will run chilly to mild after it rises. No precipitation is expected today. As we continue into the middle of the week, temperatures continue to warm, and clouds increase. Rain showers will arrive early Thursday. Due to temperatures cooling on Friday, we may see some rain change over to snow late Friday. Accumulations seem light as of now, but we’ll have a few days to work out the numbers. As of now, just enjoy the stretch of nice weather. 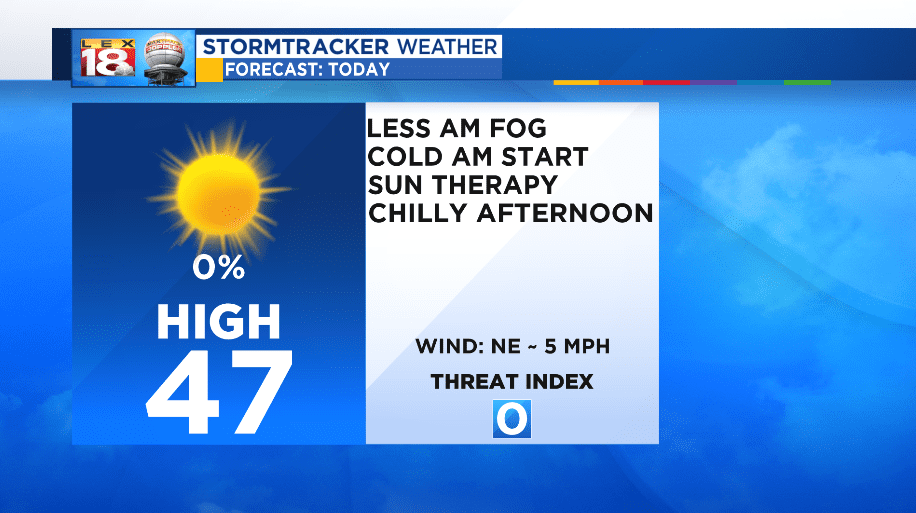