By Wednesday, the forecast brings a shock to the system as cold air slides in and hangs around. Winter is back in just a couple of days. As for now, things are mostly calm. Wind is ramping up and gusts have reached as high as 35 out of the south. This is all out ahead of the cold font that will bring in the cool down. Temperatures, due to the southerly wind are running mild, in upper 50s/low 60s.

Later this evening, rain showers will move in ahead of the cold front. Light to moderate rain showers will be scattered at best. Even the line of rain looks to break down as it crosses Kentucky. After the main line passes, a few residual rain showers are expected through the morning and afternoon Tuesday. This front is not the one that will cool us however. The air it’s transporting will only cool us by a few degrees tomorrow. The big cool down arrives after a second, dry front that will pull a large pool of cold air into the Midwest. Temperatures drop more than 20 degrees for afternoon highs. Clouds will decrease as higher pressure moves in, and by the end of the week, we’ll be under the sunshine while walking around in thick jackets. 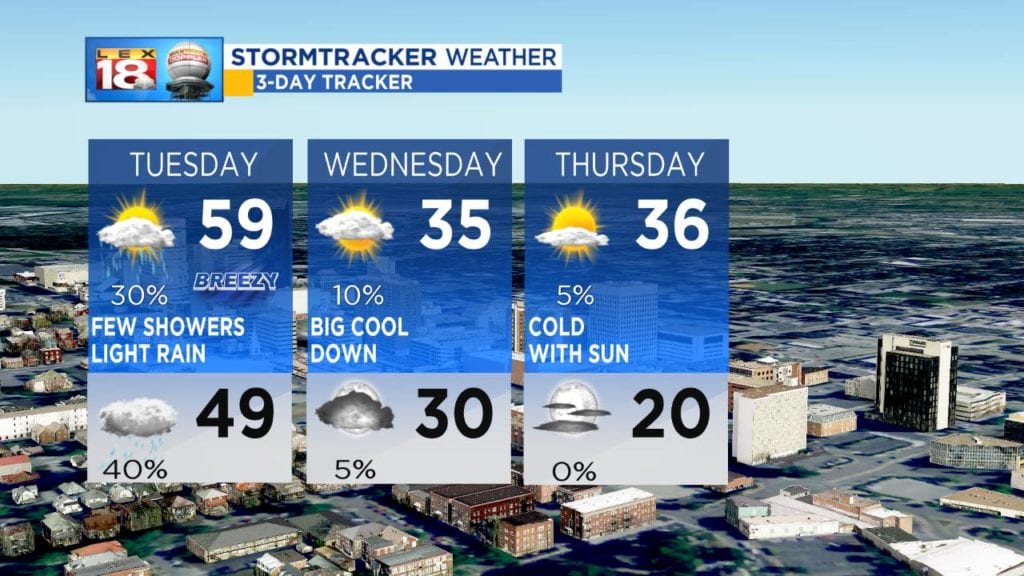