Other than a few light freezing drizzle showers or flurries, precipitation will be minor or non-existent over today and tomorrow. Cloud coverage hangs tough, but a few bits of sunshine are possible. Temperatures are starting cold today and tomorrow with either freezing, or even a bit below. Roads will be mostly fine, but with the minor precipitation, slippery roads are possible.

The end of the week looks much different. Temperatures continue to warm as a new system moves across the Mississippi River. Skies will remain cloudy, but rain showers will ramp up through the day Thursday. Rain will be the only form of precipitation for the end of the week event and amounts will be light. We’re only expecting around a quarter of an inch but generally less than a half inch of rain. All eyes will really be on the upcoming winter storm that will promise more rain, but even a chance for snow. Rain will be the dominant form of precipitation Saturday, but as temperatures cool significantly late Saturday we’ll see a changeover to snow and more to come on Sunday. Timing and amounts are still being worked out. 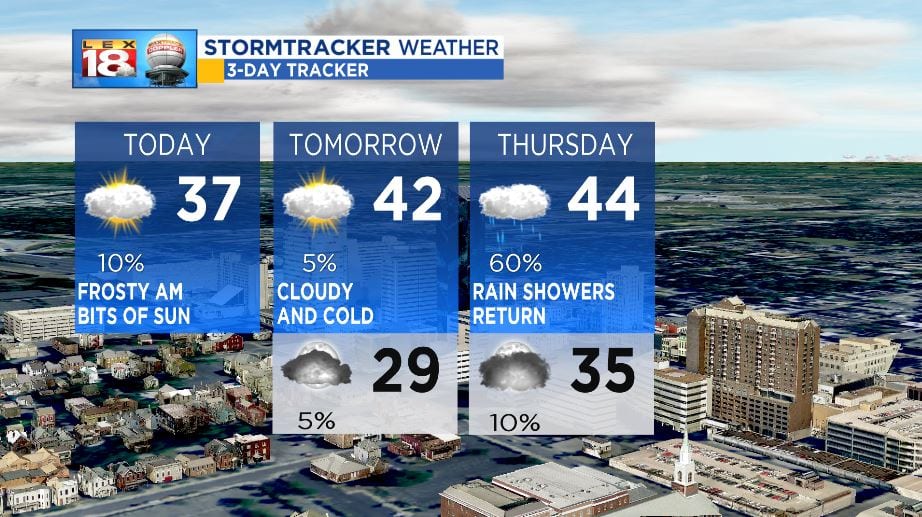