Up and down Weather Continues

The coldest temperatures of the season were felt today as the mercury dropped down to 4 degrees. Clear skies overhead and cold air in place were responsible for the bitter cold. Still, many braved the frigid temperatures to get a glimpse of the total lunar eclipse overnight. Now, things are calm and quiet, but still bitter. Temperatures will end around 20 degrees with plenty of sunshine overhead.

Temperatures will get a nice boost midweek as a warm front shifts winds out of the south. This wind shift will also be met with rain showers as the next storm approaches. Temperatures will rise into the mid-40s Tuesday and Wednesday. Rain will continue through the day as mainly scattered showers. On the tail end of the storm, temperatures will drop again and snow will have chance to fall again. Amounts look light and will range from a trace to just a few inches. Another arctic plunge will arrive at the end of the week and will stick around into the weekend. The next storm lines up with Saturday and Sunday and another round of snow is likely in the cards for us. The weekend will be bitter, especially in the mornings. 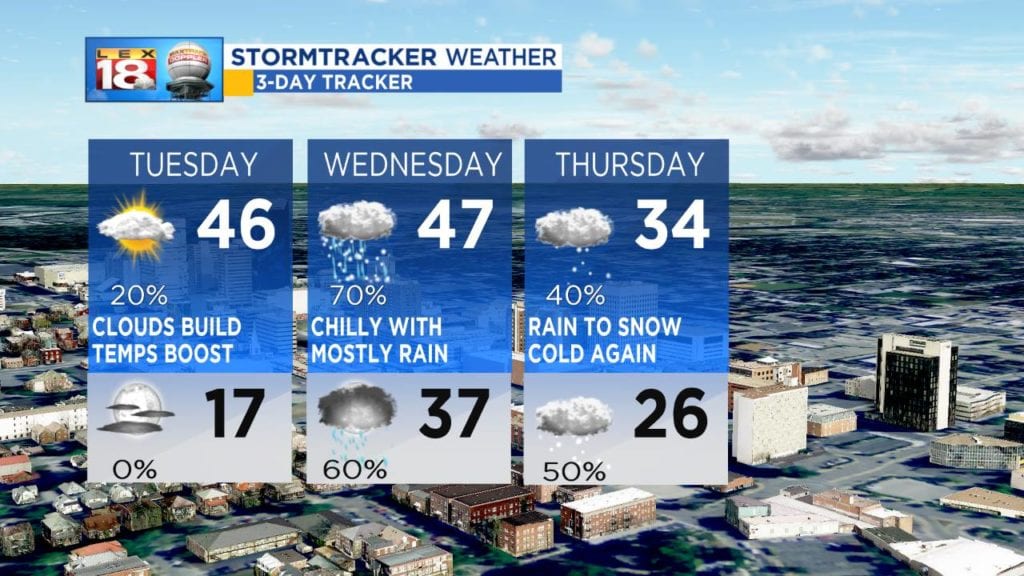