One line of precipitation is all that separates us from the coldest air of the season, so far. As of now, things are quite pleasant outside with air temperatures reaching the low 50s. Sunshine has been more abundant today making it look nice. Winds have been cranking up due to the incoming front. Maximum wind gusts so far have ranged in the upper 20s to low 30s. The line of rain and snow is marching east and will be with us through tonight.

A cold front producing rain and snow continues to track eastward into Kentucky. Temperatures have been up in the 50s in the area but will crash quickly as the front passes. Rain will be the first form of precipitation for all. A quick transition to snow will occur as we get closer to midnight. Rainfall amounts will be minor and only a few tenths of an inch. Snowfall amounts will be mostly minor as well. Between the snow Tuesday morning and another hit overnight into Wednesday, we could be picking up to an inch in the Bluegrass and up to 2” for most in eastern counties. A WINTER WEATHER ADVISORY is in effect for southeastern Kentucky counties until noon Tuesday. We will chill with an arctic blast for the middle and end of the week as temperatures cool into the teens Wednesday and Thursday for afternoon highs. Morning lows will be somewhere near or even below zero. In addition to the bitter cold, wind will drop wind chills down into the negative teens in the mornings. This is not only “bundle up” weather, but also “cover up” weather. You will not want to be outside for long during temperatures like this. 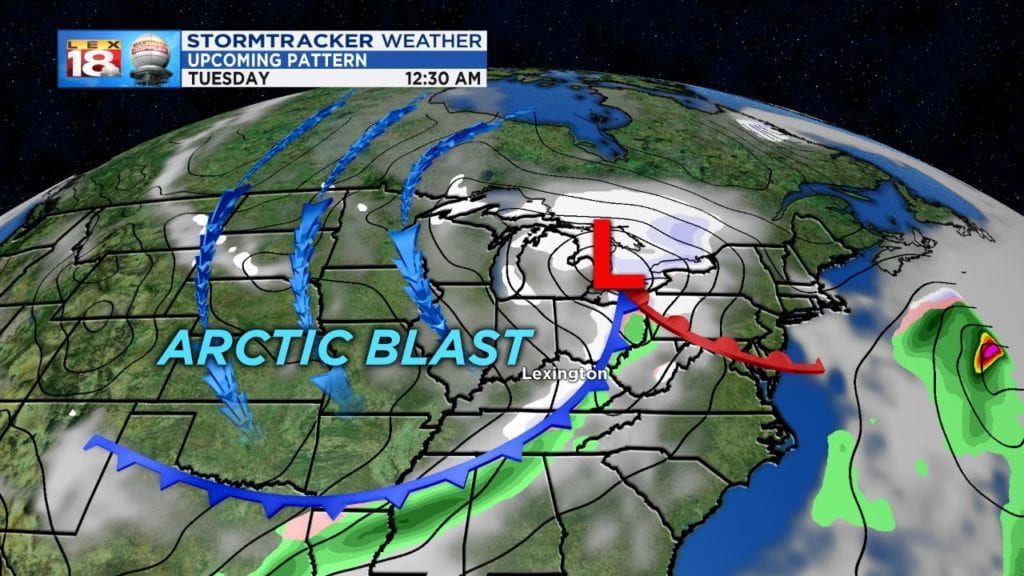