The Warm Up We All Deserve

Things are looking up in a few days, especially when talking temperatures. As for now, Current temperatures sit mainly in the single digits, and wind chills have fallen as low as the negative teens around the Bluegrass. A blast of snow overnight was responsible for the slippery road conditions this morning. Now, things are sunny, calm, and just plain cold.

The middle of this week brought the coldest air of the season so far. The good news for us is the impending warm up that happens sooner, rather than later. Temperatures will dip to around 0 for morning lows tomorrow, with a few spots dropping a little below. The good news, is that wind speeds will reduce drastically tomorrow which will keep the wind chill out of the negative teens. That being said, it will still be dangerous to be outdoors for too long tomorrow. After Thursday, we warm up and in a hurry. Temperatures will soar into the 40s by Saturday afternoon and the 50s on Sunday. We’ll top out near 60 on Monday before the next cool down. A much needed warm up is on the way. 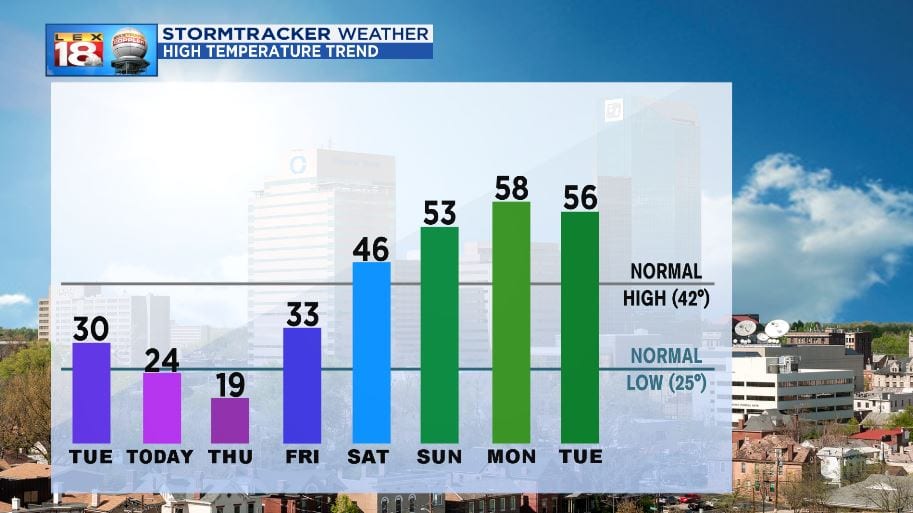