One more day of mostly dry weather before a soaking weather pattern takes hold of the eastern half of the United States. Right now, we’re running cold thanks to some overnight clearing of the clouds overhead. Temperatures are running in the mid 20s or low 30s across the state. Frost is a possibility for your morning commute, so allow some extra time. Through the day, clouds will increase and we kick off the rainy pattern overnight.

Before we get to the rain tomorrow, we will still have near-freezing temperatures at the surface. A minor shot of light snow is possible at the onset of the incoming front. A minor accumulation is possible and will generally be only a few tenths of an inch. Whatever does accumulate overnight, will quickly melt due to warmer temperatures and incoming rain. Still roads will be slick as the snow line passes. Timing has it set for a few hours before midnight for I-64 and clearing the Ohio right around midnight. A WINTER WEATHER ADVISORY has been issued and will be in effect from 9 pm Tuesday through 4 am Wednesday. 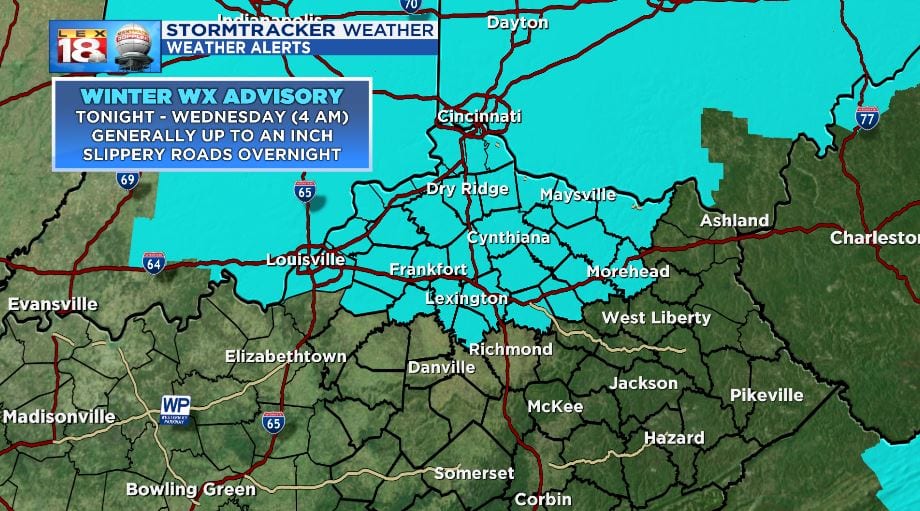 The snow will quickly change over to rain and will continues to fall through most of Wednesday. Swaths of light to moderate rain will be the norm, but heavy rain is also likely. Rain showers do not taper off until Thursday morning. This is only round one. A second round of rain will move back in Friday and last through the weekend. As of now, estimates of rain will be in the 2” to 6” range for the state through both waves of rain. A FLOOD WATCH will be in effect from Tuesday evening through Thursday morning, and will likely be issued again for the weekend. 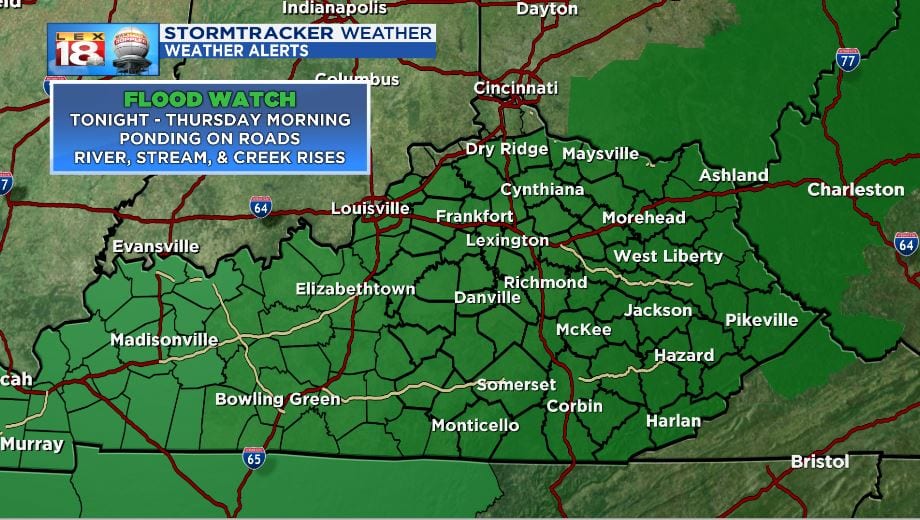