Cinco de Mayo is already a time to celebrate, but we can do so, even more, knowing that there’s better weather starting today! Temperatures will be mild through the day, and we’ll even get a late day shot at some sunshine. Showers are exiting and mainly east of I-75 at this point. We will see the last of the rain move out in the mid-afternoon hours for eastern counties.

Rain will be taking a break for the beginning of the week thanks to a small ridge of high pressure. Showers move out this morning, and won’t be back with us until the end of the week. Some areas along I-75 and west will see some sunshine before it sets today. Otherwise, expect a cloudy and mild Sunday. Eastern counties will stay cloudy or overcast all day. Everyone ends up with sunshine tomorrow and temperatures will get a nice boost because of it. We will be flirting with 80 degrees Monday and Tuesday and then surpass it as the rain looks to make a return. Right now, the next best chance for showers/storms starts at the end of the week and lasts through Mother’s Day Weekend. Let’s hope that changes. 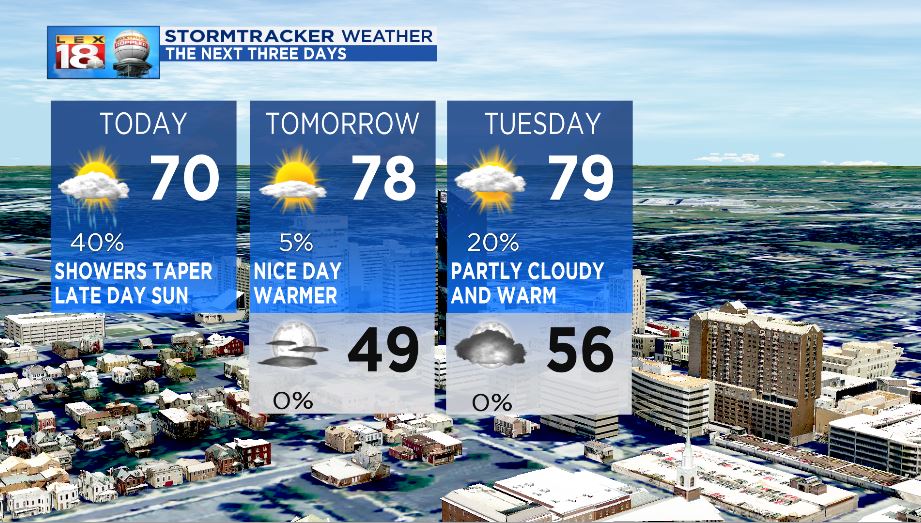