Additional Rounds of Storms This Week

As of Monday afternoon, a lot of the flooding issues that we had Sunday were starting to subside. Flood advisories have been expired due to the break in between storm clusters. Most of the activity on the radar has been in the southern counties. As we progress into the evening, another cluster will move into central counties and will flare up into strong thunderstorms.

We’re in no way finished with the active weather pattern as rain and thunderstorm waves look to line up over the Ohio River Valley all week. These storms are working with great instability and a lot of moisture which means they will be strong and dump a great deal of rain. A FLASH FLOOD WATCH remains in effect through the day Tuesday and covers the Bluegrass and northern counties along with the east and southeastern counties. Watch for high water this week as the rain falling will be doing so on previously saturated soil. Keep in mind that these storms will also be able to generate strong wind gusts and hail as they pass. 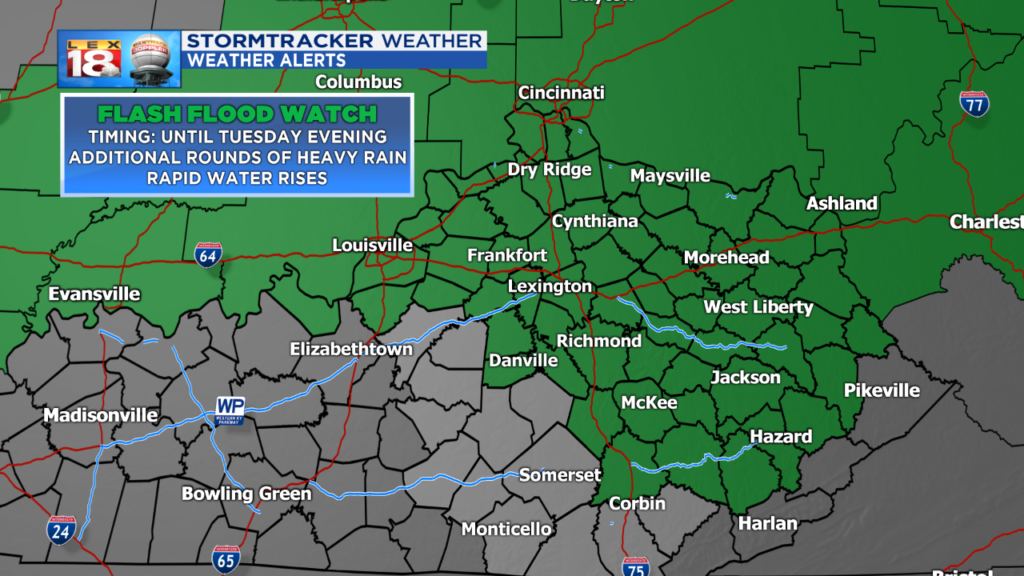