After an active round of weather to wrap up the work week, we’re starting the weekend off mostly quiet. Cloudy skies and mild conditions persist. Scattered to isolated rain showers are starting up in the northern counties. And northwest of us, a complex is on the way.

It was nice to have a (mostly) dry day. After waves of rain and thunderstorms, Friday helped water levels to lower which was much needed. Late in the day, showers and storms returned with a complex sliding across the region. Saturday brings another one of those, except this time it’s moving southeast. It will mostly miss our forecast area and will line up to our west. Regardless, heavy rain and strong winds are possible for some folks out there. Due to the soil still be mostly saturated, the flash flood threat will stick around through this event. The southwest Bluegrass and from Southern I-75 to I-65 will be in the cross hairs for the heavies of rainfall. Frequent lightning and strong to damaging wind gusts possible. Timing has the complex moving through late morning and early afternoon before departing into Middle Tennessee. 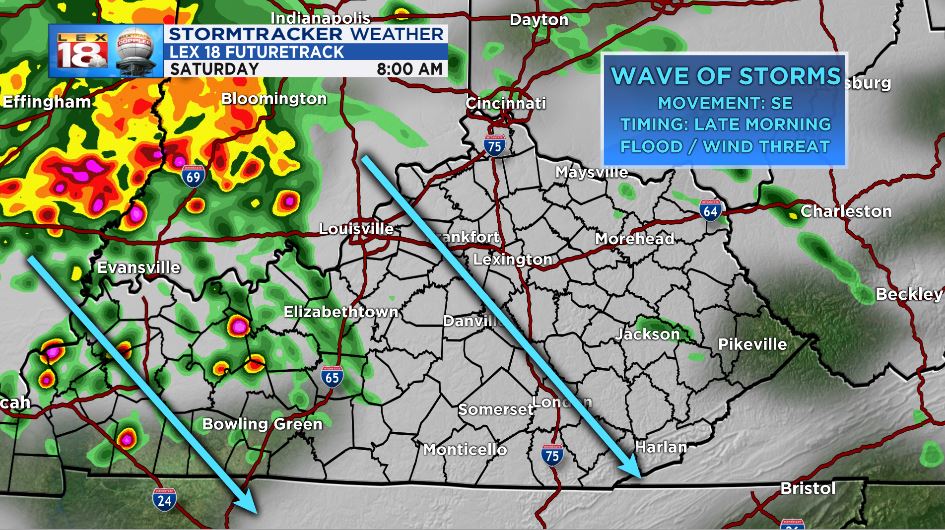