Temperatures dip to near records next week 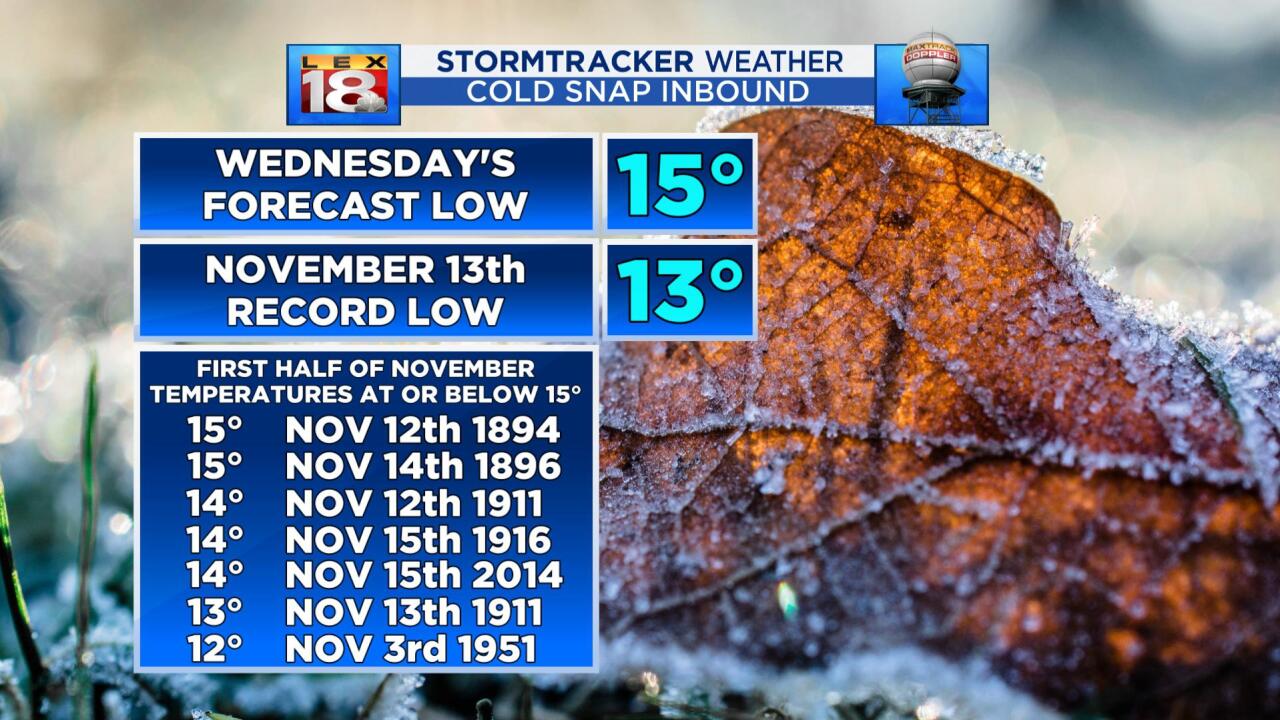 If you think yesterday was cold, you’re right, it was. In fact, it’s the coldest we’ve been all season, and the coldest day since early March. Regardless, this is only the first of two cold snaps that occur in only a few days.

A cold front is slated for Monday/Tuesday next week which will bring the coldest air of the season so far. Temperatures this weekend will rebound a little before the crash. In fact we will warm about 10 degrees today and another 10 tomorrow, putting us near 60 for the afternoon on Sunday. Even Veterans Day will be met with a mild afternoon as the rain begins to move in.

Rain will start mostly in the afternoon Monday. Rain showers are all that are expected, but a few rumbles of thunder are possible. Temperatures begin to fall starting midday Monday and should be reaching freezing and below just after midnight. Rain will transition to snow early Tuesday morning and flakes will fall. Accumulation will depend on two things, how heavy the snow showers are, and how fast the road surfaces reach freezing.
Temperatures are not expected to rise above freezing after we fall below it early in the morning. In fact, we’ll be lucky to break 30 degrees in the afternoon. However, the coldest temperatures will be felt the morning of Wednesday when we drop into the middle teens, something we don’t do often in early November.

In fact, the 15 degrees forecasted Wednesday morning is only two degrees warmer than the low temperature record for November 13th which was set back in 1911. Cold like this is so rare, that in the first 15 days of November, we’ve only been at or below 15 degrees seven times. The last time we were this cold, this early in the season was November 15th, 2014. The last time before that, was back in 1951!

Snow amounts will be ironed out over the next 24-48 hours. Until then, be prepared for a VERY cold Tuesday and Wednesday morning.