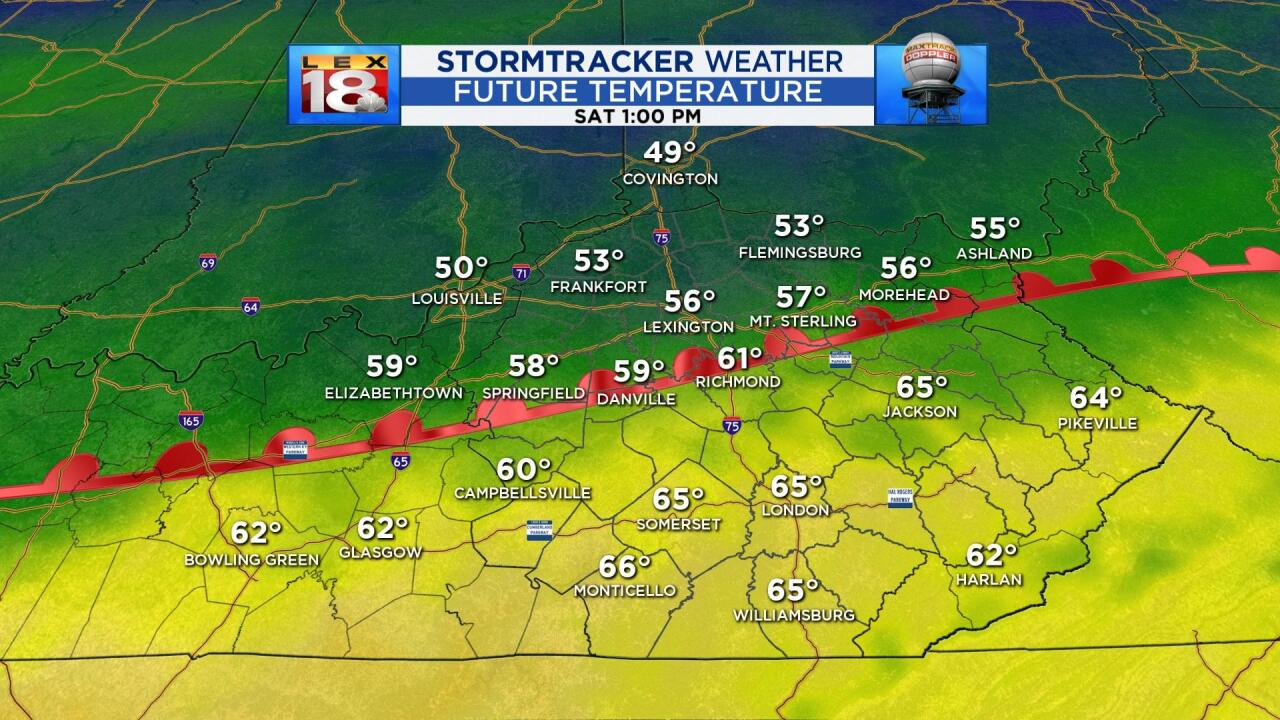 Today will be interesting as a warm front looks to sag south over the forecast area. As of now, the front remains to our north keeping cloud coverage thick for Bluegrass and Eastern Kentucky up to the Ohio River. From the two southern parkways, south, skies are relatively clear allowing temperatures to bottom out. What’s interesting is this will be the opposite later today. The warm front will be instrumental in keeping clouds overhead for areas north and some clearing south. However, due to the warm air pushing south and cooler air in from the north, we will have a temperature split that is the opposite of what we see this morning. Northern counties will only warm into the 50s today or cool down to the 50s, whereas, the southern counties will be warmer in the middle 60s. Rain showers will be light and spotty for the northern counties as the front moves south. A better chance for rain will arrive Sunday as the cold front sweeps. This will drop temperatures down into the 30s for overnight lows, and the 40s for the afternoon of Monday. Another storm system looks to move through Wednesday and will wrap up the morning of Thanksgiving.