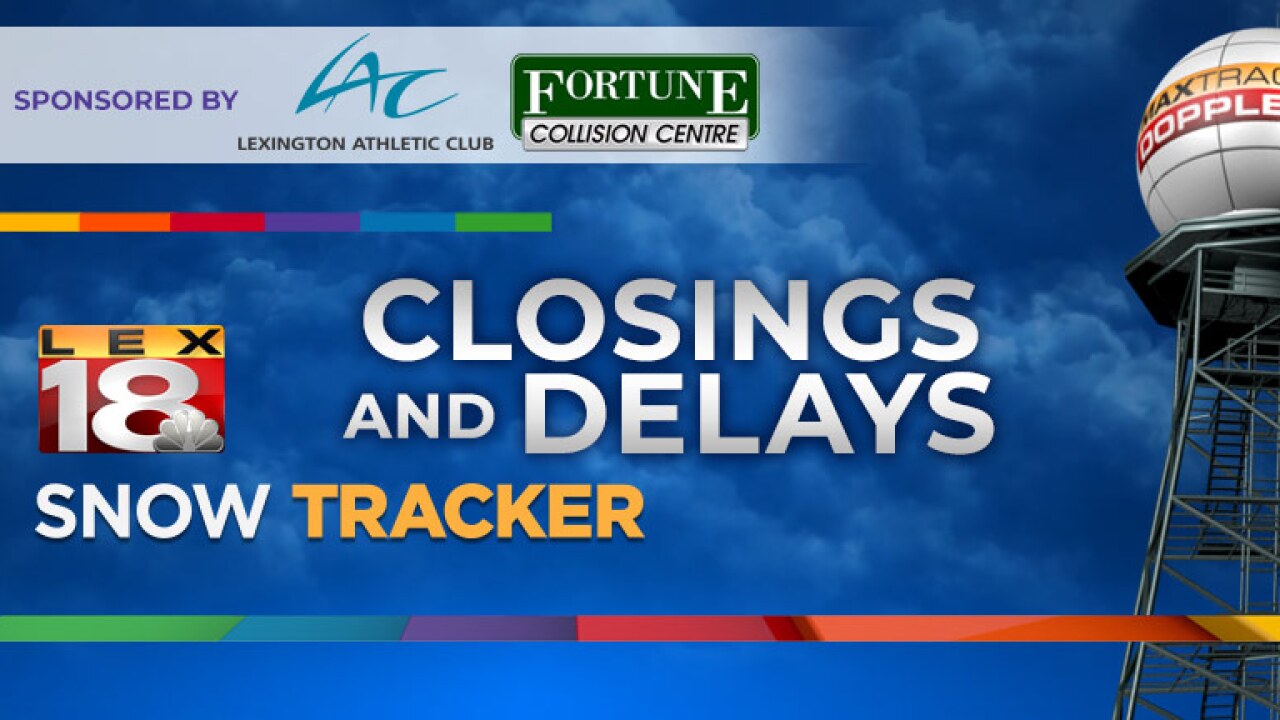 Harlan County Schools were on a two-hour delay.

Lee and Morgan county schools also announced they would be closed on Thursday.