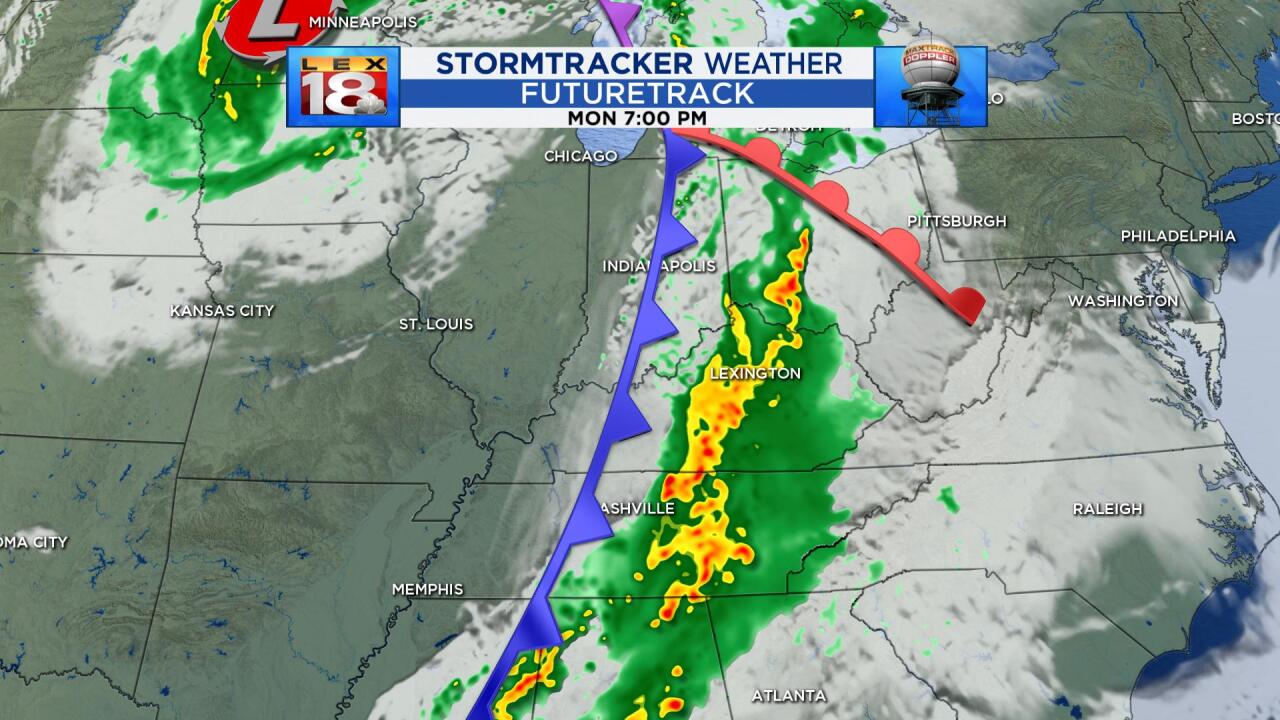 The incoming cold front will be a strong one in the fact that it will bring temperatures down nearly 20 degrees going into midweek. When you get a sharp temperature swing like that, it typically comes with strong thunderstorms. This was the case in East Texas last night and this morning as the front swept the southern states.

The same front is headed east through the Commonwealth tonight, however our round of storms will be less potent. Regardless, there are still some things to keep in mind as they pass.

The pattern we have been in today is the bridge in the gap between the warm and cold front of the powerful upper-level low spinning in the Northern Plains. The introduction of moisture to the region has ramped up the fuel for the storm, and the front will bring the instability.

Timing has the rain shield reaching us through the mid-afternoon time frame. The line of thunderstorms will march into the I-75 corridor around 7-9 pm and move into the eastern counties between 10 and midnight. Extreme east and southeast counties will keep rain and storms overnight into Tuesday morning, and all rain should leave around the morning commute time. Even though rain is slated to last into tomorrow, the Bluegrass and I-75 corridor will already be losing cloud coverage morning rush.

Main threats will be a few strong to potentially damaging wind gusts. Other threats to be expected with the storms include heavy rain downpours which could lead to localized flooding. Lightning is also expected to be abundant at times. Rainfall amounts should end between 0.25” and 1.50” collectively. Higher amounts to 2.00” possible locally.

Use caution and watch for high water. If a severe thunderstorm warning goes into effect in your area, head indoors immediately and wait for the storm to pass.