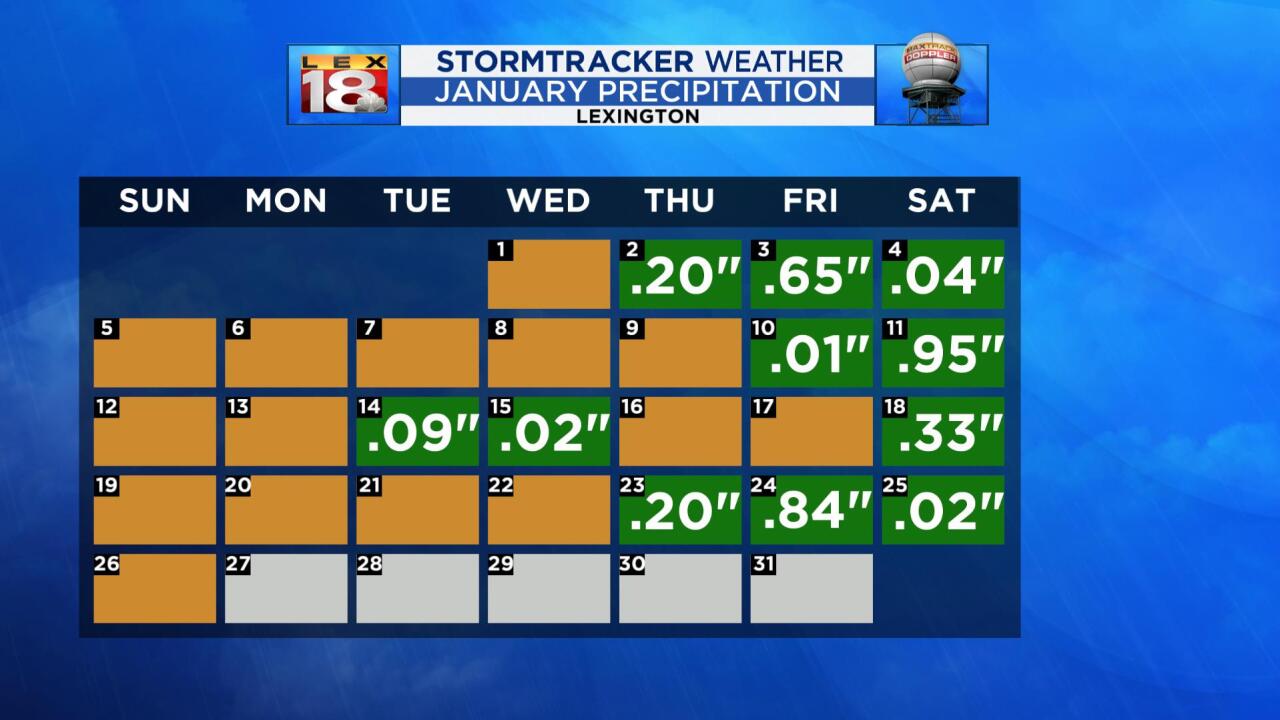 Here's a not-so-fun-fact for you... Every Saturday so far this year has recorded measurable rainfall. Some days were wetter than others. And some also featured trace amounts of snow. Nearly half of the 3.35" of this month's rainfall in Lexington has fallen over the last four Saturdays. Interesting to note, Sundays this month have all been dry. Every Monday has been dry too, so far.

And if you're keeping tally at home for snowfall, no snow yet. The only measurable snowfall this season came in November. Snow has been reported on five days this month, but it has only amounted to trace amounts each time. We are currently tied with eight other years for the least snowy January. There has never been a winter (December - February) without measurable snowfall. This winter sits atop the winter of 1931-1932 (0.1" of total snowfall) with a little over a month to go.

The trend of wet Saturdays in 2020 appears to continue into February. We first told you last Friday that we are watching for the potential of a winter storm to lift out of the Gulf and run up the East Coast. Two days there was a great deal of uncertainty on the track of this system, and there still is. Models have been consistently indicating that a low will develop over the West Coast and intensify across the southern US through mid-week. The low may then turn into a Nor'easter and run up the eastern seaboard, or cut through the Ohio Valley. The track will determine the impact on the Bluegrass. We could see something or nothing. Rain, rain and snow, or snow. All of the details still need to be ironed out over the coming days, but know we are watching this storm's development carefully.