Local restaurants adapting one week after closing to dine-in customers 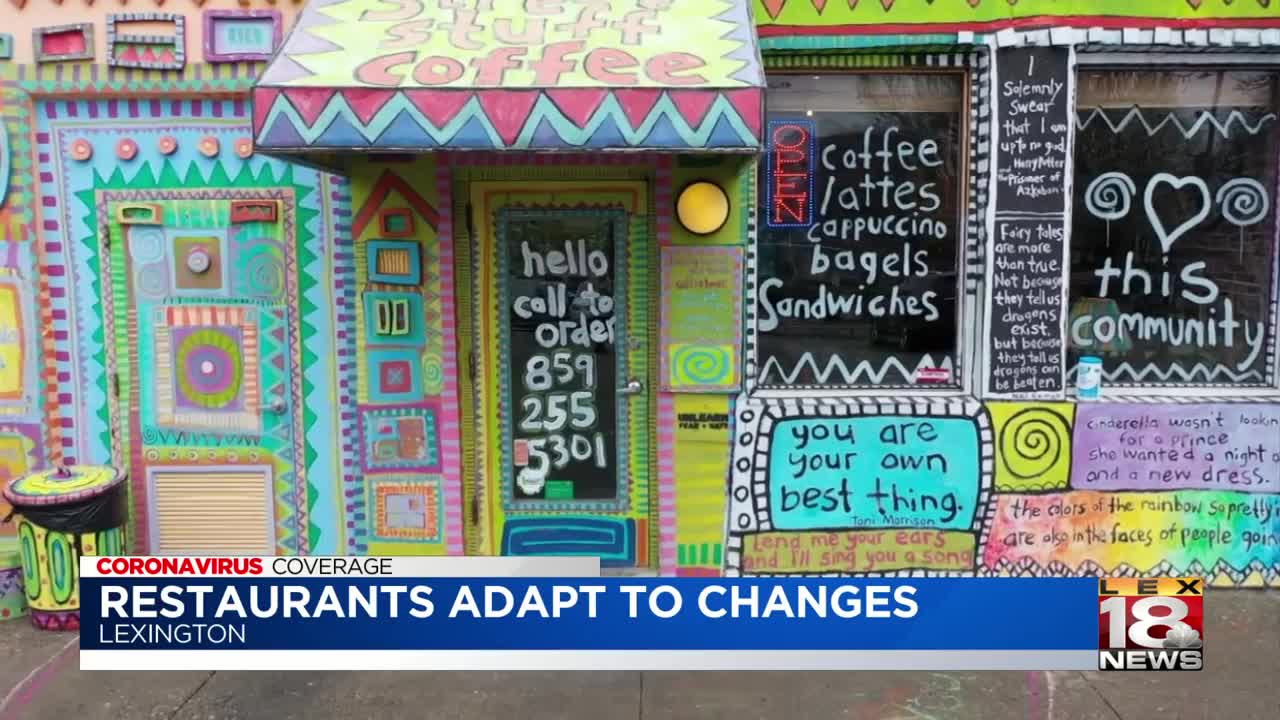 LEXINGTON, Ky. (LEX 18) — One week after Governor Andy Beshear announced that restaurants should close to dine-in customers, many places are struggling to adapt.

But some local business owners are coming up with new ways to serve customers, while also taking precautions.

Like many other restaurants, Monday morning looked totally different this week at Vinaigrette Salad Kitchen.

“For every restaurant in every sector in every city, sales have jumped off a cliff,” Vinaigrette Salad Kitchen Co-owner Bryce Anderson said.

Anderson says it’s been tough since they had to close to dine-in customers. They’ve had to shutter 3 of their 6 locations and let go of staff.

“100 percent of the dollars that come in are going to pay for our food supply, and employees. This is not the time where anybody is making any money. No owner is making a dime,” Anderson noted.

But he says they are trying to change with the times.

In addition to curbside service, they now are offering free delivery anywhere in Lexington, and with every order comes a roll of toilet paper.

“There’s something funny about the toilet paper it’s a little bit if a joke, there’s so many memes out there about why is there a toilet paper shortage with a cough. So we thought it was a fun way to give something that people are looking for,” said Anderson.

Vinaigrette is also providing free salads three days a week to YMCA’s, where childcare is being provided for the kids of healthcare workers.

Another business scrambling to adjust to the coronavirus changes is Third Street Stuff and Coffee on Limestone.

Gerhard says business has been down 60% and they’re rushing to get online ordering up on their website.

In the meantime, Gerhard's staff is handing out sanitary wipes to customers that call in and drive up to pay. She said they want to be extra careful.

“If we can keep that going and pay our bills, that’s awesome. I couldn’t ask for more than that,” said Gerhard.

Third Street Stuff and Coffee is open 7 days a week.

Vinaigrette in Lexington only has three locations open right now; the one in Hamburg, the restaurant in Palomar and the one off Towne Center Drive. The location on Broadway is closed.

You can order on their website or their mobile app.