We're Open: Two Chicks and a Company thrilled to have customers return 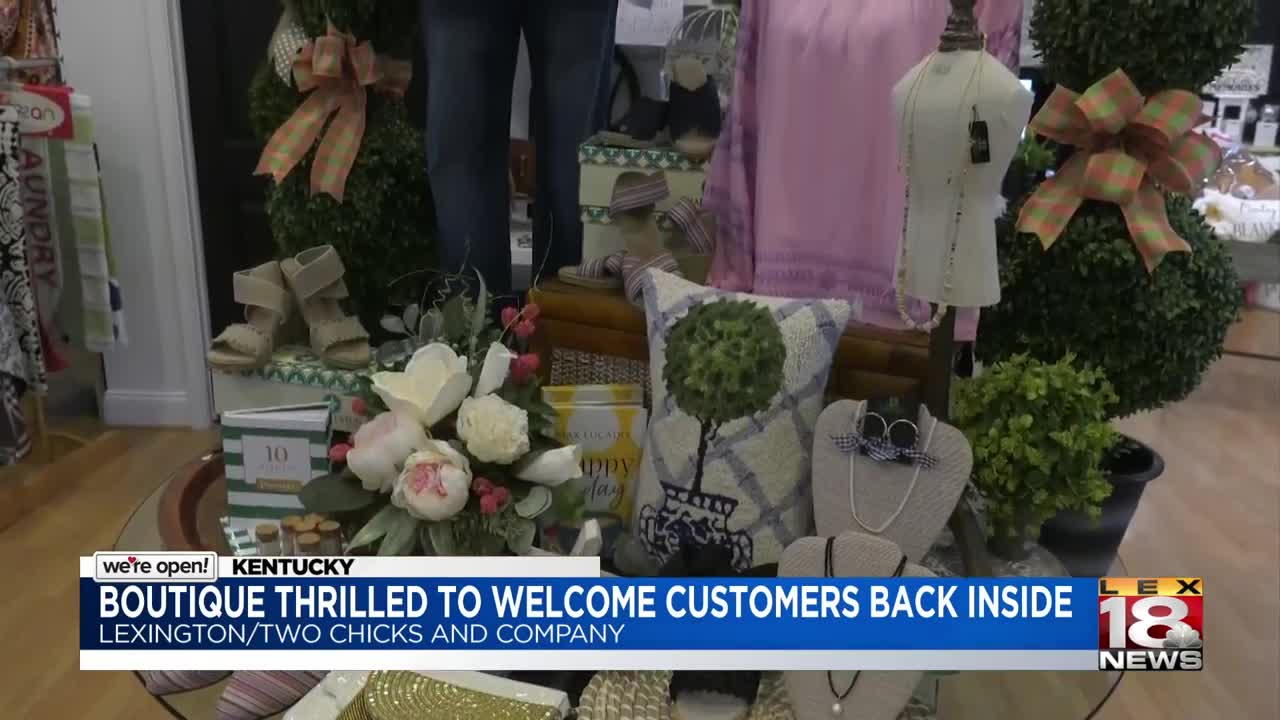 LEXINGTON, Ky. (LEX 18) — Two Chicks and a Company was one boutique allowed to re-open to customers on Wednesday.

Being able to open is leaving Emily Hall, the store's owner, with plenty of smiles.

"I cannot tell you how much I appreciate our customers," Hall said. "Who would have thought a year into owning a business we'd be in the middle of a global pandemic but here we are."

Two Chicks and a Company has been around for 25 years; Hall took over about a year ago. Reopening on Wednesday was in some ways like starting again.

"A lot of good butterflies and anticipation," Hall said about reopening.

Hall says while they were closed to customers they were able to polish up their website and spruce up the store itself with fresh pain, some remodeling and new merchandise. The store has also been usy with curbside pick up and deliveries. In fact, Hall said in some ways, it helped her connect with more customers.

"More customers have my cell phone number now than ever and I talk to customers from daylight until dark," Hall noted.

That is what it is all about for her.

"It has been my dream to have my own small business since I was itty bitty," Hall said.

Hall said getting through the past two months seemed impossible at first. But getting through it says a lot about the business, her team and the customers who come to her store.