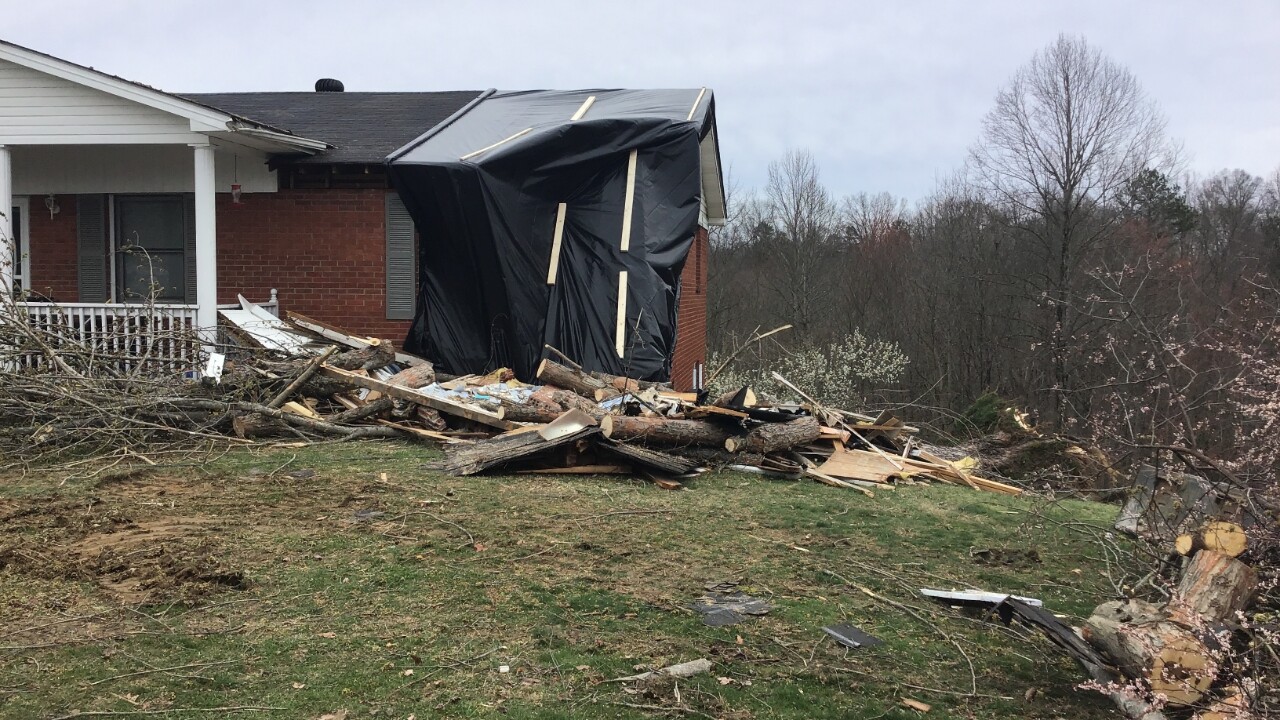 NWS Jackson Damage Survey Team
Home damaged by a tree that was blown over by the tornado.

Thursday evening brought central Kentucky its first round of severe weather of the season. Storms fired up across western Kentucky during the afternoon before pushing eastward through the late evening hours. With the MaxTrack Live Doppler, we tracked a handful of severe thunderstorms and two tornado-warned storms across south-central Kentucky.

Thursday night's event resulted in 18 wind reports, 16 reports of large hail, and a tornado report. A line of wind damage began around Madisonville and continued into McCreary County. A lot of down trees with the wind damage reports.

A tornado warning was issued for Adair, Casey, and Taylor counties. No tornado report or significant wind damage from this warning. Meanwhile, the supercell thunderstorm that tracked through McCreary County produced wind AND tornadic damage.

A survey team from the National Weather Service in Jackson determined that there was intermittent tornadic damage along a roughly 1.5 mile path beginning one mile northwest of Whitley City. Peak winds were estimated at 100 mph, making this an EF-1 tornado. Fortunately, no one was injured.

There were three distinct areas of damge along the short path. On Abe Chitwood Road, hardwood trees were snapped and there was some roof damage to a home. More trees were snapped and a few two-story buildings were damaged along Highway 1651. Major damage occurred when a tree landed on a house on Stephens Farm Road, northeast of Whitley City. Other homes in the area also experienced roof damage. This was McCreary County's first tornado since May 11, 2008.