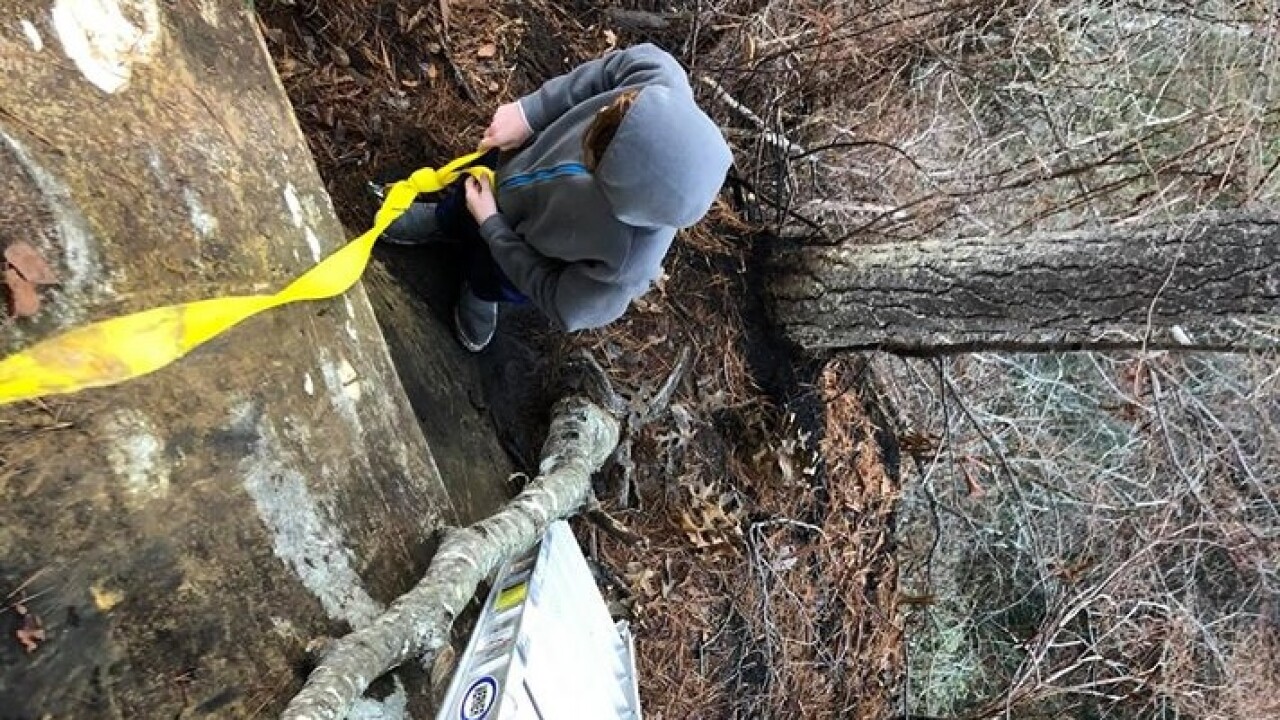 The group posted on their Facebook page that they were called around 2:30 on Sunday afternoon for an 11-year-old boy who was stranded on a cliff.

The boy had wandered ahead of his family and climbed under the railing just before reaching Sky Bridge Arch on the left hand side of the trail.

According to the Facebook post, he slipped and landed on a cliff ledge, luckily avoiding a fall of 100ft or more.

Wolfe County Search and Rescue team members used a ladder and a safety line to get the boy back up from the cliff.

A Good Samaritan also reportedly helped out by taking a tow strap from his vehicle, lowering it to the boy and having him secure it around his waist until help arrived.

The boy was said to be okay, but this serves as a reminder to never climb under ropes or railings that are put up for your safety.