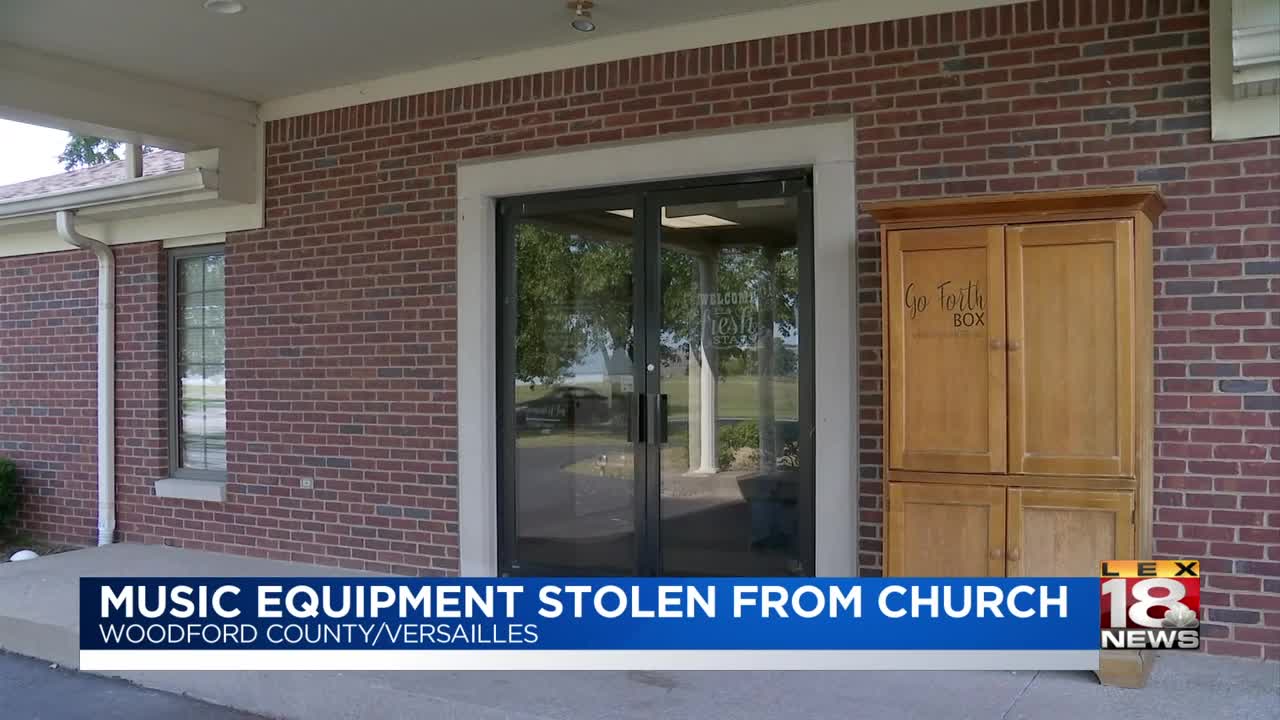 WOODFORD COUNTY, Ky. (LEX 18) — A Woodford County church has reported that the equipment that was stolen after a recent break-in costs around $7,000.

The break-in happened about two weeks ago at 99 For One in Versailles, Kentucky.

The stolen items include bass guitars, a television and microphones, according to Micki Sargent, the worship pastor.

The church has security cameras that likely caught the burglary on tape, but the thieves got away with the DVR system that contained that recording.

Sargant said that since the break-in, she has heard criticism about opening the church doors to the homeless, especially in extreme weather. Despite this, Sargant said there are no plans to change that policy.

"That's our heartbeat here, is to reach out, get them and bring them in. Let them know they're enough and they're loved and they're seen and they're welcome," said Sargant.