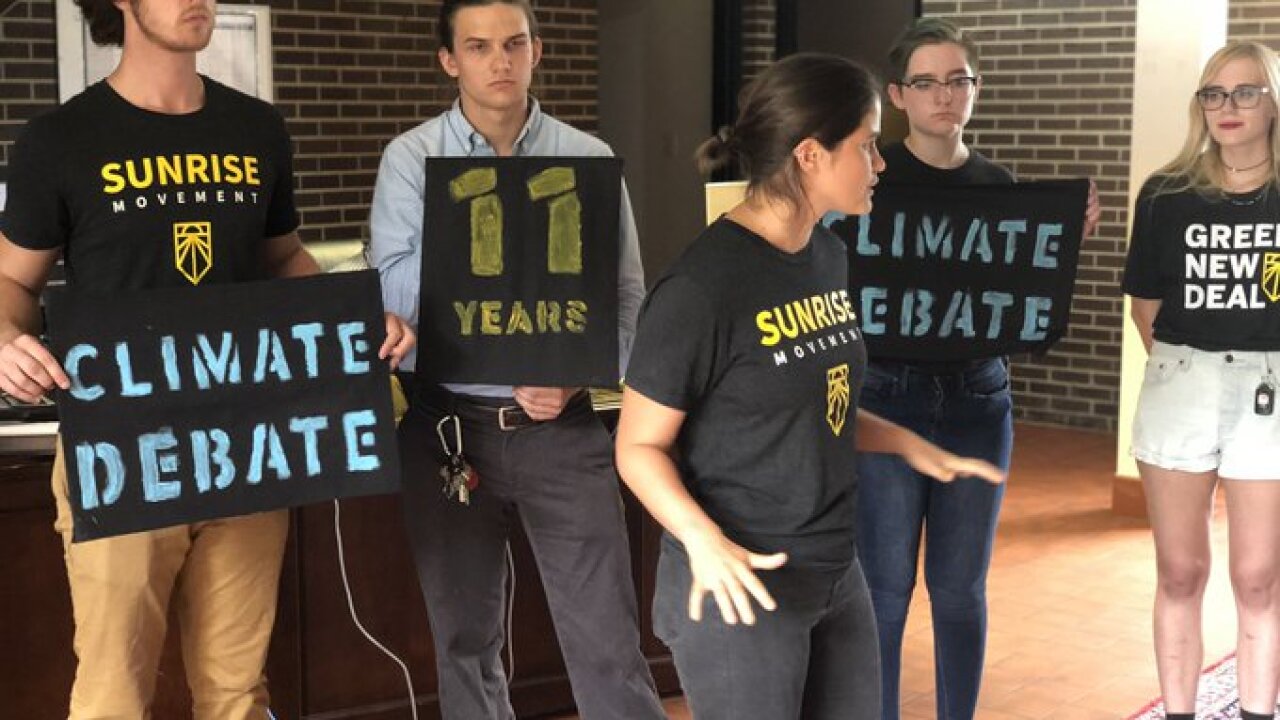 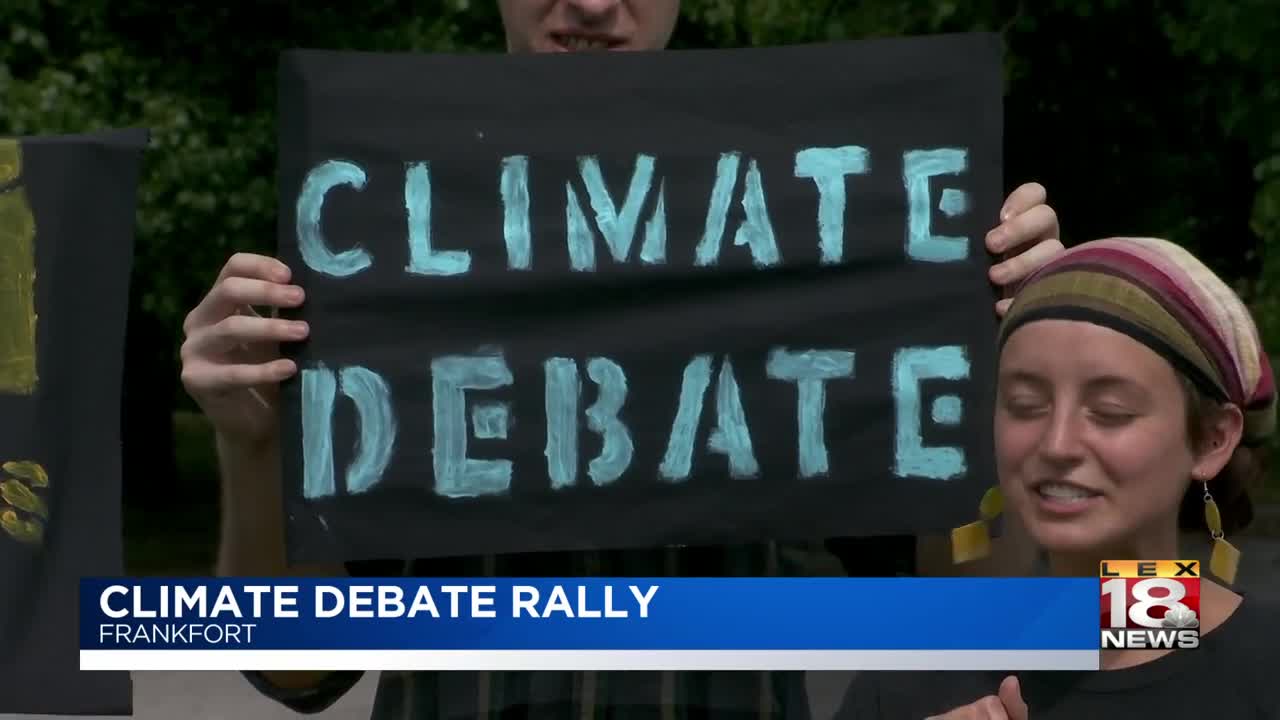 FRANKFORT, Ky. (LEX 18) — A group of Kentuckians from the Sunrise Movement took to the Democratic Headquarters in Frankfort to demand action on the topic of climate change.

The rally took place on Tuesday.

"During the first two debates for the Democratic party, we heard from 20 candidates. We had four hours of debate and we heard about climate for 12 minutes of those four hours. As the climate crisis is the biggest issue facing us at the moment, that's simply not acceptable," said rallier Hayden Flanery.

The Sunrise Movement is a youth-led organization that wants to permanently improve the conversation on climate policy. After a three day camp-out at the Democratic National Headquarters in Washington D.C. just weeks ago, the Sunrise Movement was successful in getting the DNC to schedule a vote on climate debate during the party's upcoming meeting later this week in San Francisco.

Flanery and her friends have reached out to Kentucky's chairman, Ben Self, for weeks, and have not gotten a response regarding how he will vote.