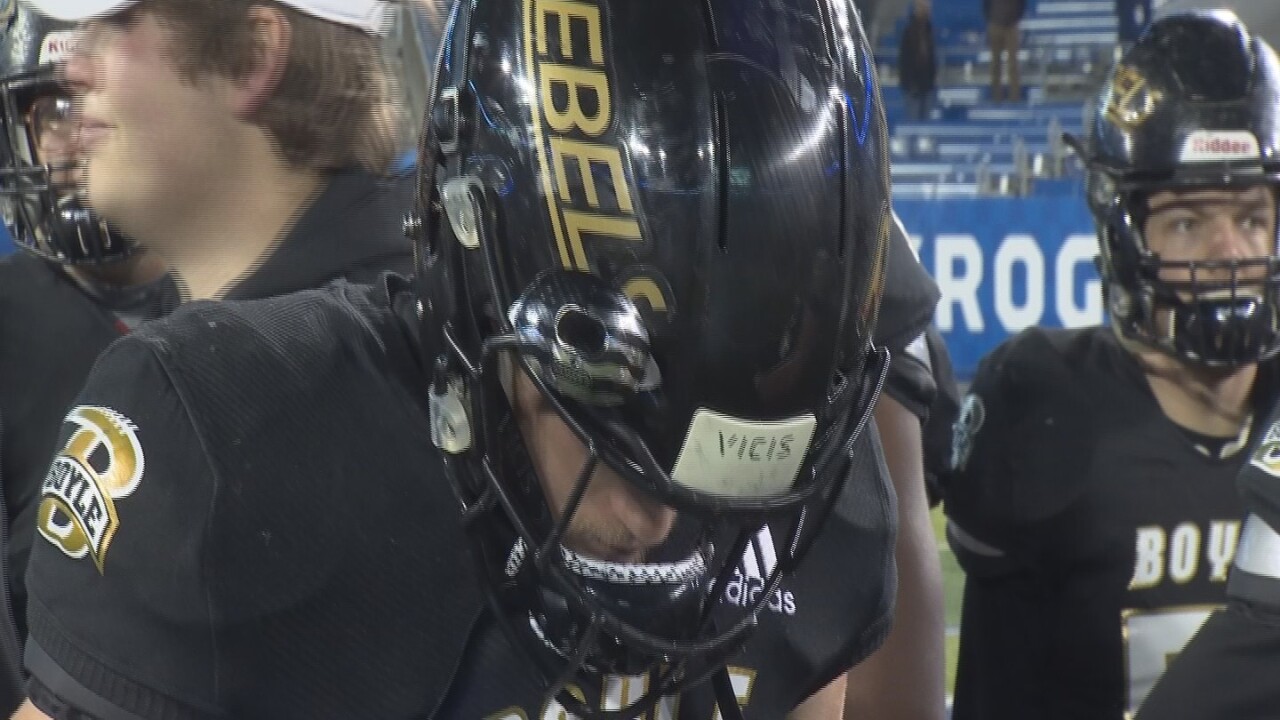 Both teams were undefeated heading into the 4A state championship game.

The game was tied 14-14 at halftime thanks to touchdowns from Boyle County's Reiley Colwick and Will McDaniel, while Devin Johnson and Dillon Preston got into the end zone for the Golden Eagles.

Cody Rice put Johnson Central up 21-14 in the third quarter.

Then, the Rebels had the chance to tie the game, but they missed the extra point.

The final score was 21-20. This is the second state title in football for Johnson Central.