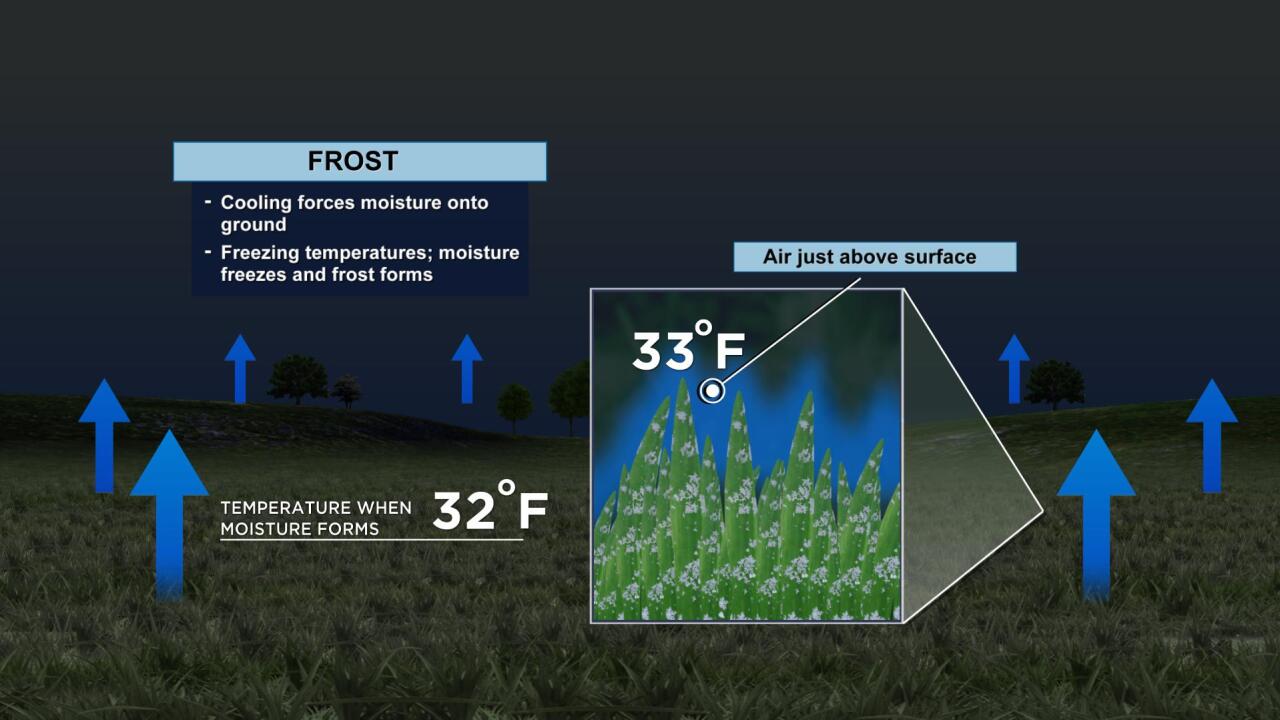 The early signs of spring are popping up all over the place. Daffodils are beginning to bloom and the trees are budding around the Bluegrass. Just yesterday the cherry blossoms along the National Mall in Washington D.C. peaked. The abnormally warm temperatures of late winter and early spring have pushed the bloom progress up by three to four weeks in parts of the country. Even though spring has sprung, we are still prone to cold, frosty night. Tonight will be cold with temperatures settling into the upper 20s to mid 30s, depending on location. However, the National Weather Service opted not to issue any frost or freeze alerts. Why?

Let's first talk about how frost forms. The Sun heats up the ground during the day. Then at night, the stored up heat rises and the air just above the surface cools. This is a process known as radiational cooling. This cooling forces moisture onto the ground, and dew forms. If temperatures are below freezing, then the moisture freeze and frost forms. Clear skies, light winds, and moist soil will maximize the radiational cooling process and the development of frost. In case of tonight, temperatures will be cold enough and skies will clear, but the wind will provide enough mixing near the surface to limit frost from forming.

While a Frost Advisory was not issued tonight, we may see some issued down the road as the trees, flowers, plants, and crops progress. This likely won't be our last night below freezing. Lexington's average final freeze doesn't occur until the middle of April. We typically have our final frost in late April. That's why we say wait until Derby Day to plant your delicate flowers and plants.