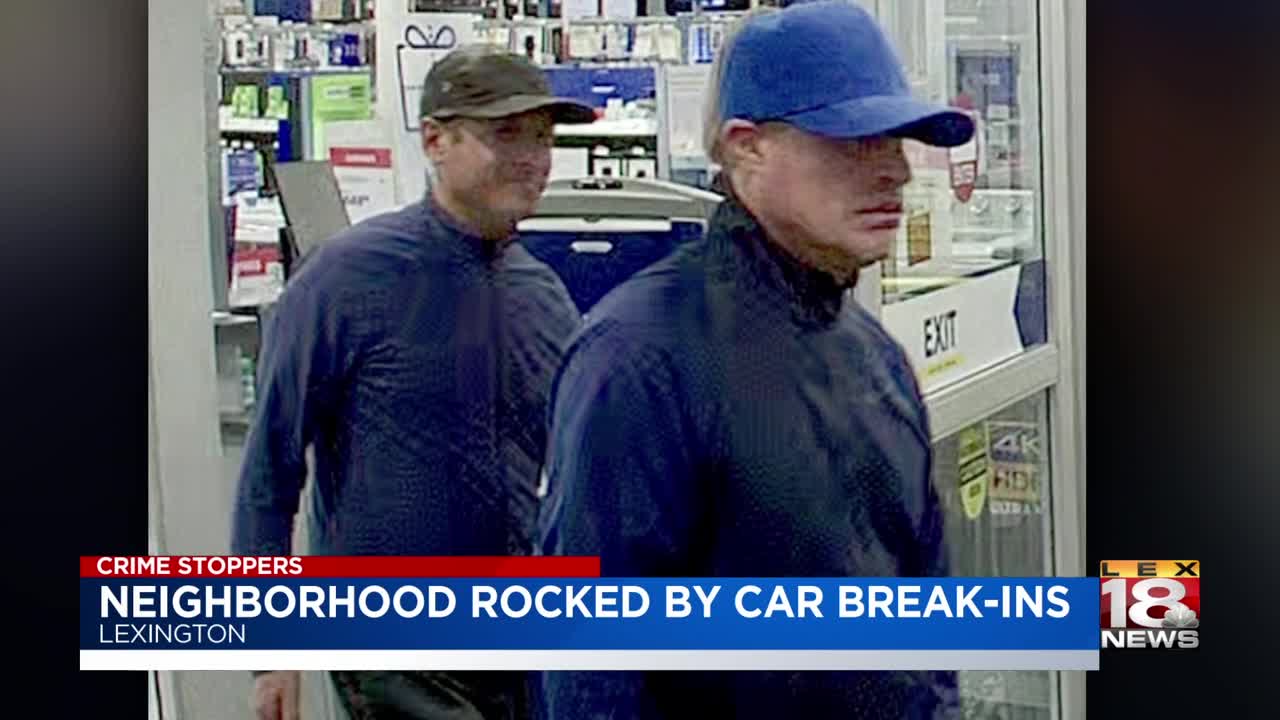 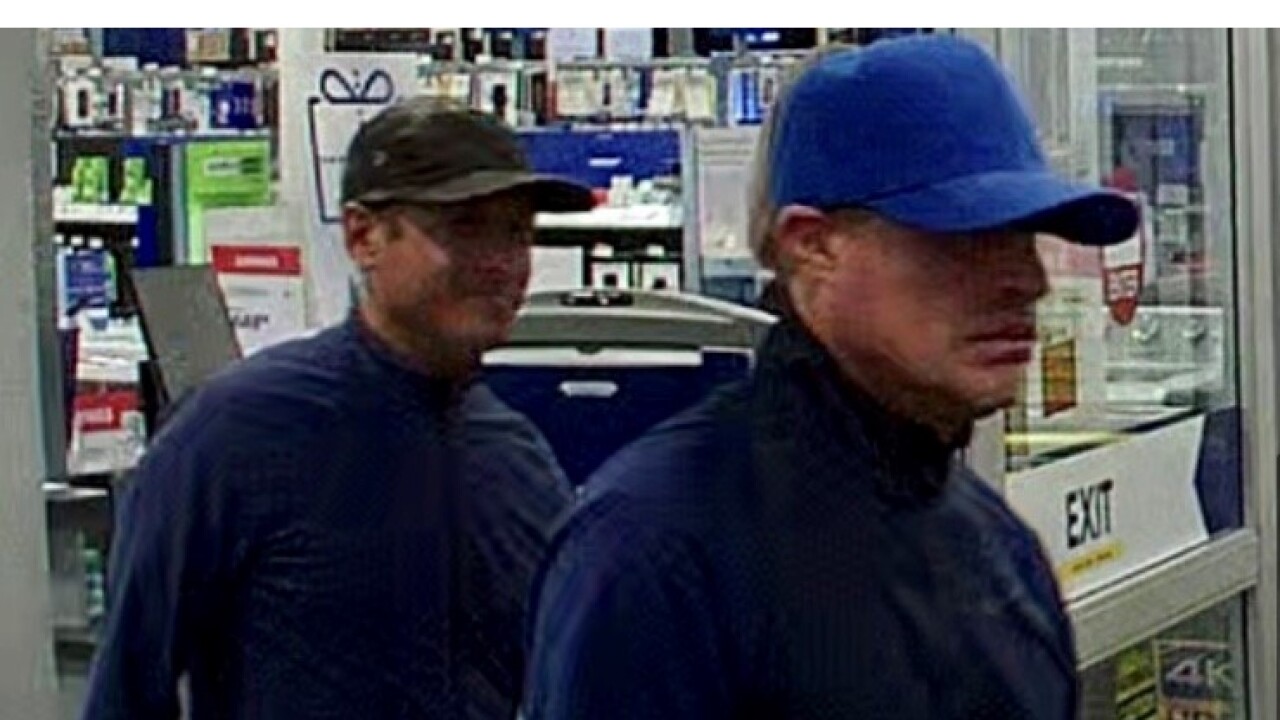 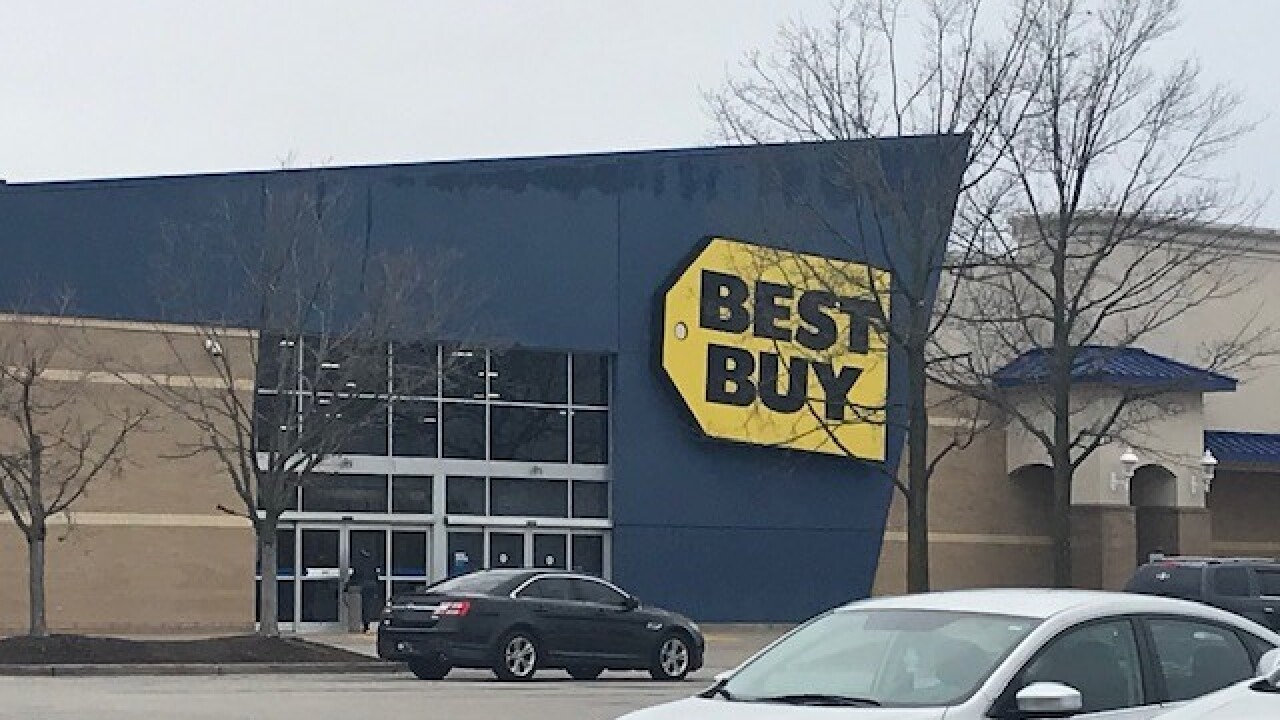 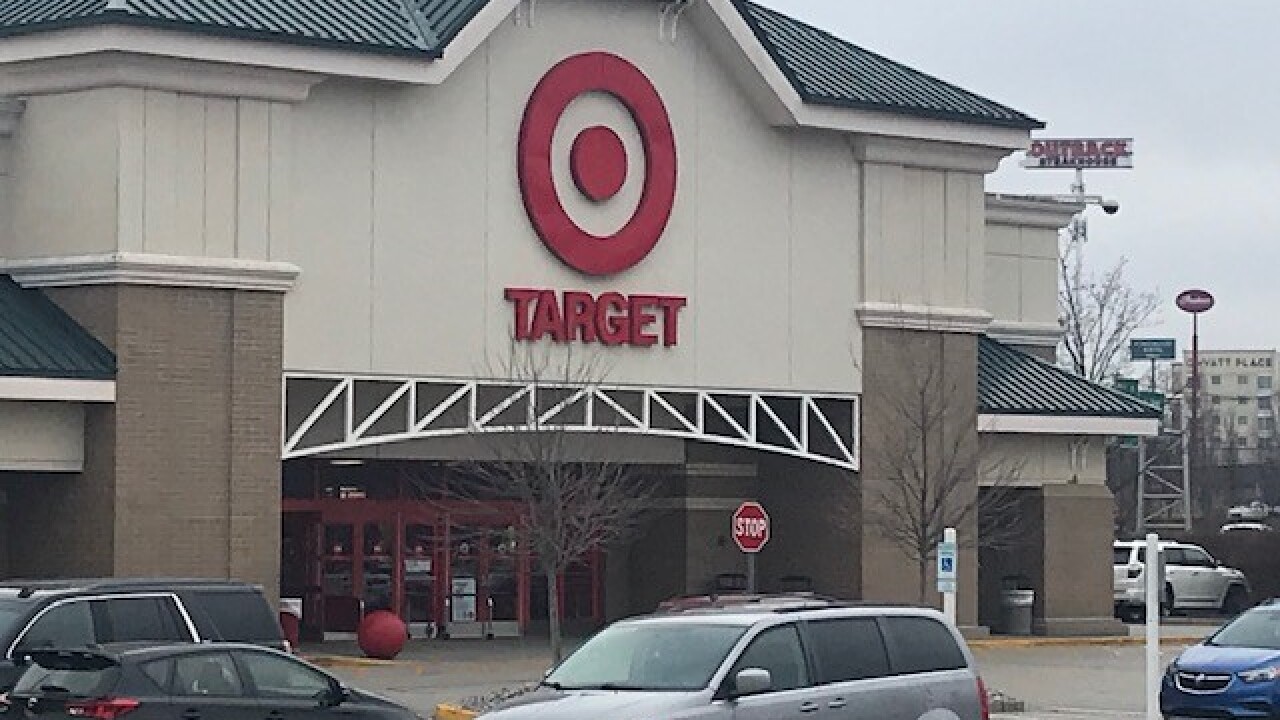 LEXINGTON, Ky. (LEX 18) – Car owners in the Pleasant Ridge area of Lexington near Hamburg have been hit hard by thieves since Thanksgiving.

“This specific neighborhood has been hit roughly 50 times,” said Detective Mark Thomas from the Lexington Division of Police.

One person in particular had two credit cards stolen from his vehicle, while parked in Pleasant Ridge Park. Two men were then caught on camera at Best Buy, where they’re accused of making a purchase totaling more than $3,500 dollars. They also made an additional $2,500 in fraudulent purchase at places such as, Target, Staples and Ulta Beauty Supply all while using this victim’s credit cards.

The entire string of car break-ins, and subsequent fraudulent purchases, frustrates police even more than they’ll lead you to believe.

“This could’ve been defeated in so many ways,” Thomas said. “One, the victims not leaving valuables in their cars. But second of all,” he continued, “the clerks at Best Buy, on a huge purchase like that, just take a second to check identification to match up to the credit cards. That would’ve saved the credit card company, and this guy from a headache and having this massive charge.”

The neighborhood has easy access to I-75 for thieves to do their work and get out of town quickly. But with so many break-ins in this area in such a short amount of time, there’s a good chance the men caught on camera are responsible for all, or most of the burglaries.

“The chance of it being two different crews, or a couple of different people is slim,” Thomas said.

And don’t think for a second that your habits aren’t being noticed.

“These guys prey on people with that mentality, where they’re going to leave their wallet, or valuables or stick them under the seat. These guys aren’t stupid,” said Thomas.