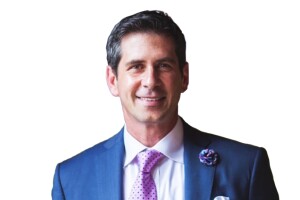 Michael Berk joined LEX 18 in December of 2015, after spending 2 1/2 years as a sports reporter with the CBS affiliate up the road in Cincinnati.

Berk has spent most of his career working in sports departments across the country including stops in Eugene, Oregon, Las Vegas, Nevada and Portland, Oregon. While in Las Vegas, he anchored news on a few occasions, and “got the bug” to make it more of a long-term career choice.

“After several opportunities to move to news presented themselves, LEX 18 seemed like a good fit, at a good time. I am really looking forward to this new and exciting challenge,” Berk said.

The switch to news with LEX 18 is really just a return to his roots in the business, as Michael started in the industry by anchoring morning-drive newscasts for a small radio station in New York’s Westchester County.

Michael is a two-time Emmy nominee, nine-time Associated Press award winner and two-time winner of the Oregon Association of Broadcaster’s TV Sportscaster of the Year award.