Dorian forms in the eastern Caribbean 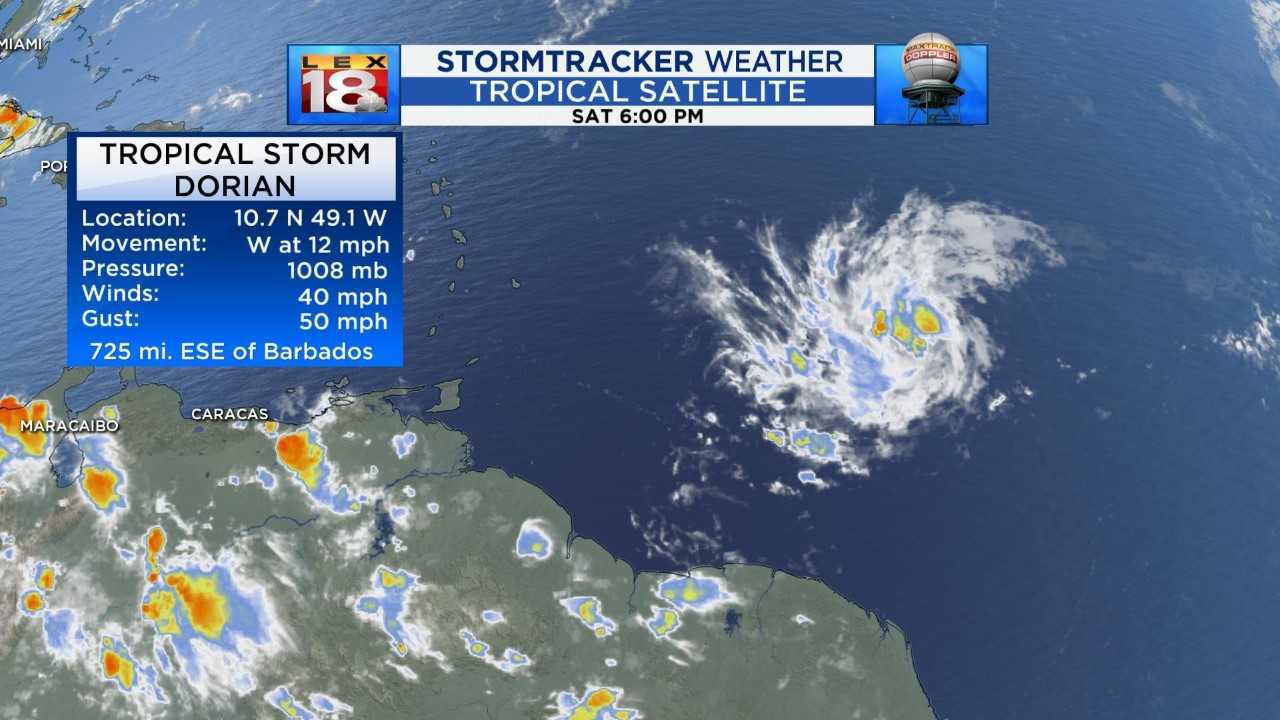 Here's an update to yesterday's tropical report. Tropical Storm Dorian, the fourth named storm of the Atlantic hurricane season, formed earlier today in the eastern Caribbean. The storm currently sits over 700 miles away from Barbados. Dorian was previously a tropical wave moving across the Atlantic, and was an area that the National Hurricane Center had been watching for possible tropical development.

Dorian is expected to cruise toward the Lesser Antilles over the next 48 hours as a tropical storm. The northern and central portions of the Lesser Antilles will be the area of focus for this storm. It is forecast to strengthen into a category 1 hurricane as it enters the eastern Caribbean on Tuesday. Puerto Rico and Hispaniola could be impacted later in the week.

There are two other areas of possible tropical development. The tropical wave near the Bahamas and the eastern coast of Florida still has strong prospects of developing into a tropical system over the next two to five days. This wave will start turning northward and run along the eastern seaboard through mid-week. Activity is also firing up in the western Gulf. These thunderstorms are still very disorganized. Whether formation occurs or not, the Gulf coast is expecting more clouds and storms over the next several days.