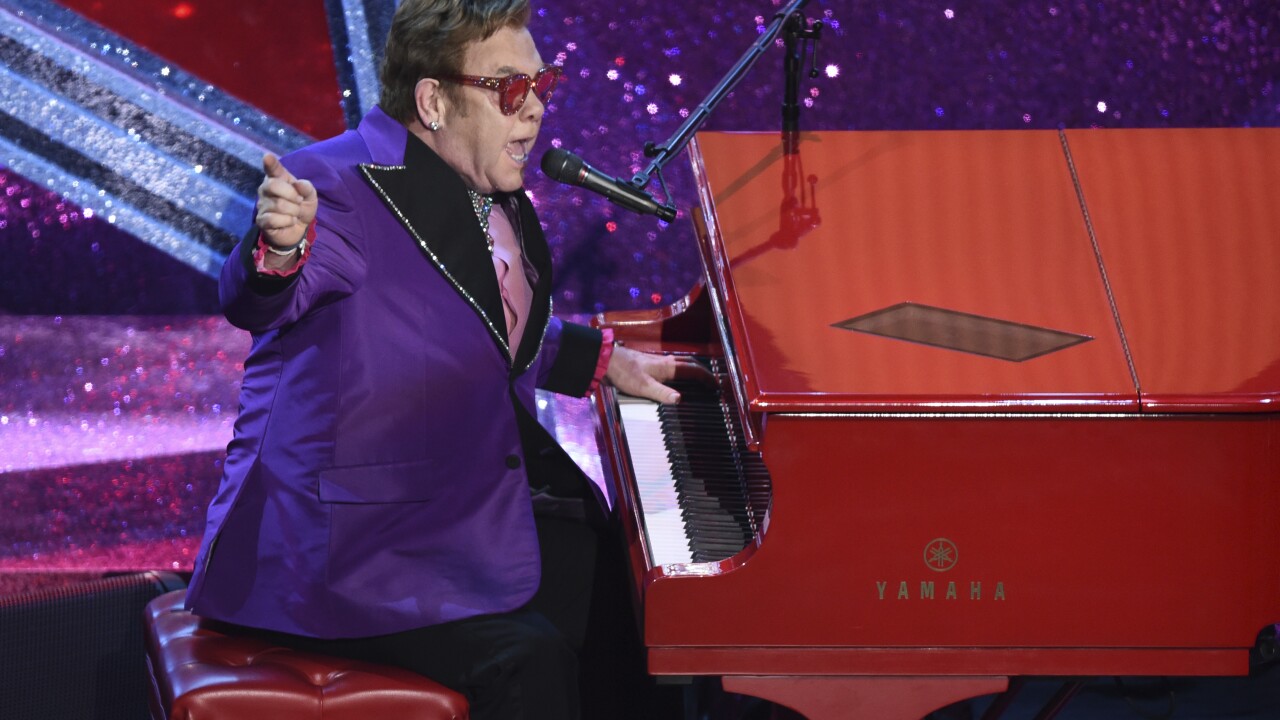 Chris Pizzello/Chris Pizzello/Invision/AP
FILE - In this Feb. 9, 2020, file photo, Elton John performs "(I'm Gonna) Love Me Again," nominated for the award for best original song, from "Rocketman" at the Oscars in Los Angeles. John is opening up his vault and releasing an expansive collection of rarely heard and unreleased tracks. John announced Thursday, Sept. 17, 2020, that the eight-CD collection, “Elton: Jewel Box," will be released Nov. 13. The collection includes “Sing Me No Sad Songs,” an unreleased studio demo from 1969. (AP Photo/Chris Pizzello, File)

After postponing several shows because of the coronavirus pandemic, Elton John is saying hello to the yellow brick road of touring.

The pop icon announced Wednesday that his “Farewell Yellow Brick Road Tour” will return to North America on Jan. 19, 2022 in New Orleans.

It is with great excitement that we can announce Elton's return to the stage in North America on January 19, 2022.

His global tour will officially return on September 1, 2021 in Berlin.

"I really miss being on the road and performing for my beloved fans," John said in a video posted to social media. "While the scientists are making great progress, we are making big plans for a return to touring that will allow us to ensure the health and safety of everyone."

The Oscar, Grammy and Tony-winning star’s final tour kicked off to a sold-out audience in Sept. 2018.

Original tickets will be honored at the rescheduled performances.