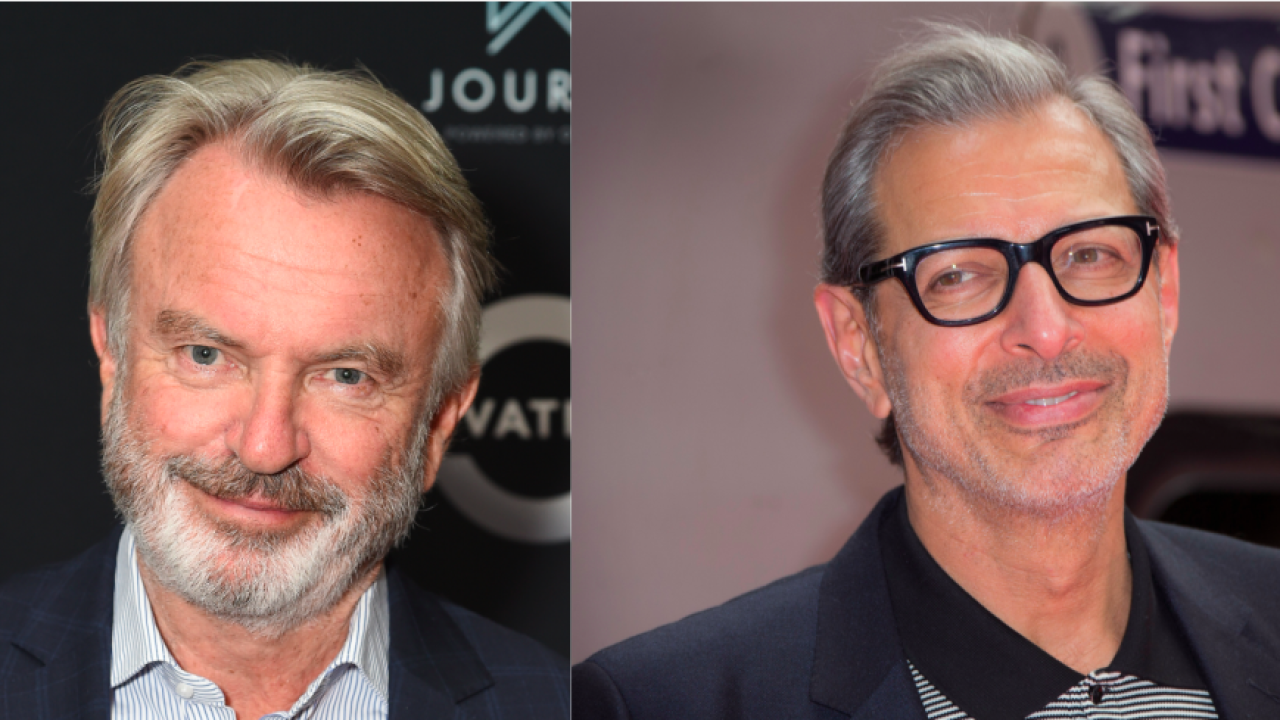 What do you do during a day off while filming in quarantine? Apparently sing duets with your co-star, to the delight of fans.

Actors Sam Neill and Jeff Goldblum shared musical selections on their social media accounts Monday. The two are reunited on the set of the latest Jurassic Park film, “Jurassic Park: Dominion.” The two starred in the original Jurassic Park film in 1993.

It started with a video tweeted by Neill of the two singing “I Remember You,” as Goldblum remarks, “this is apropos to our reunion.”

“Another #JamWithJeff . Hers (sic) the thing- #JeffGoldblum flatly refuses to rehearse. So every time is the first time,” Neill writes sharing a clip of the two singing “September Song” with Goldblum on piano.

Another #JamWithJeff . Hers the thing- #JeffGoldblum flatly refuses to rehearse. So every time is the first time. pic.twitter.com/I0iFmHCpUo

On Instagram, Neill shared “A Fine Romance” with him and Goldblum changing lyrics.

“Jammin’ with Jeff. It’s a day off. So we’ve been singing a bunch of old songs. Jeff won’t practice, so it’s first go or nothing. @jeffgoldblum makes me laugh immoderately. He is also a prodigy,” Neill posted.

Neill told People Magazine the whole cast for “Jurassic Park: Dominion” is quarantined together during filming because of the coronavirus pandemic. The film is expected to be released next summer.