Epps will miss 6 weeks for UK Football after injury 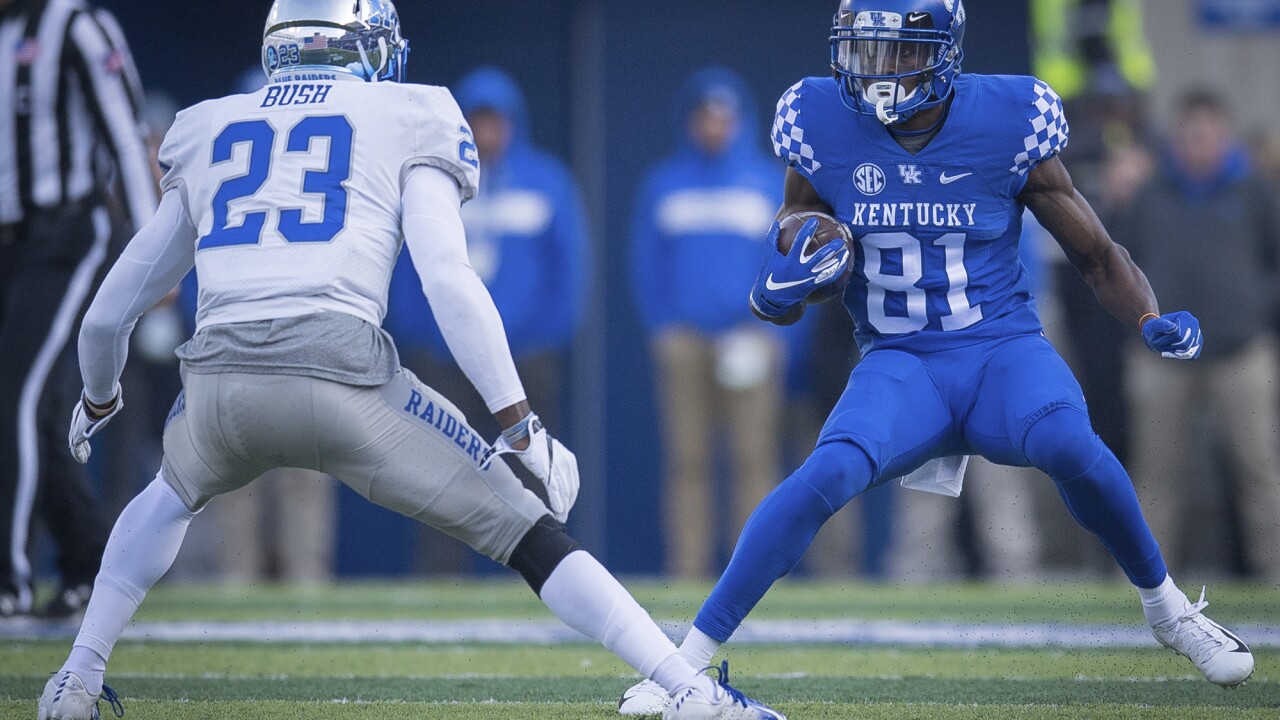 LEXINGTON, Ky. — Isaiah Epps will not be available to come back to the field until about mid to late September after suffering a small fracture in his foot.

The junior wide receiver was supposed to be one of the Wildcats best options for a deep threat. "They put a screw in it, and he's going to be out about six weeks," said UK Offensive Coordinator, Eddie Gran. "Surgery went well but it looks like he'll be out for six weeks."

So what does this mean for the rest of the receiving corps? Well besides Lynn Bowden, a lot of these guys still have something to prove. There's not a lot of experience there, but this could give more reps to guys like Bryce Oliver, Ahmad Wagner, Josh Ali. More opportunities to show what they can do. "Bryce Oliver has not played a lot of football, DeMarcus Harris, Marvin Alexander, even Ahmad Wagner, they haven't played a lot of football," said UK Wide Receivers Coach, Michael Smith. "So that was the challenge to them and to me as a coach to get these guys to expedite their learning process to be able to perform and we need them to do that."

It appears Epps could be ready to come back by about September 17th, the week of the game at Mississippi State. Of course, that depends on what kind of shape he's in after missing six weeks.