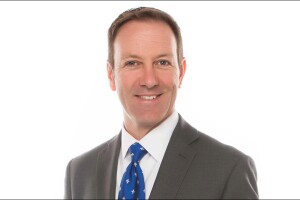 He started his career in Eastern Kentucky at WYMT where the focus was on high school sports and the University of Kentucky. During his first three year stint at LEX 18, Keith helped cover the 1998 UK National Championship in San Antonio.

He then went to Louisville to work for WLKY for 13 years. He had the chance to cover UK, Louisville and Indiana. Seeing all three compete in the Final Four where the Wildcats won it all in 2012 and UofL in 2013. He also covered every Kentucky Derby during that stretch, a PGA, Senior PGA and Ryder Cup at Valhalla and three Little League World Series.

Keith returned to LEX 18 in May of 2013, just in time to help with coverage of the Kentucky Derby won by Orb. Keith is the co-host of BBN Tonight and BBN Gameday.

He is married to Kristie and has three boys, the oldest of which attends the University of Kentucky.