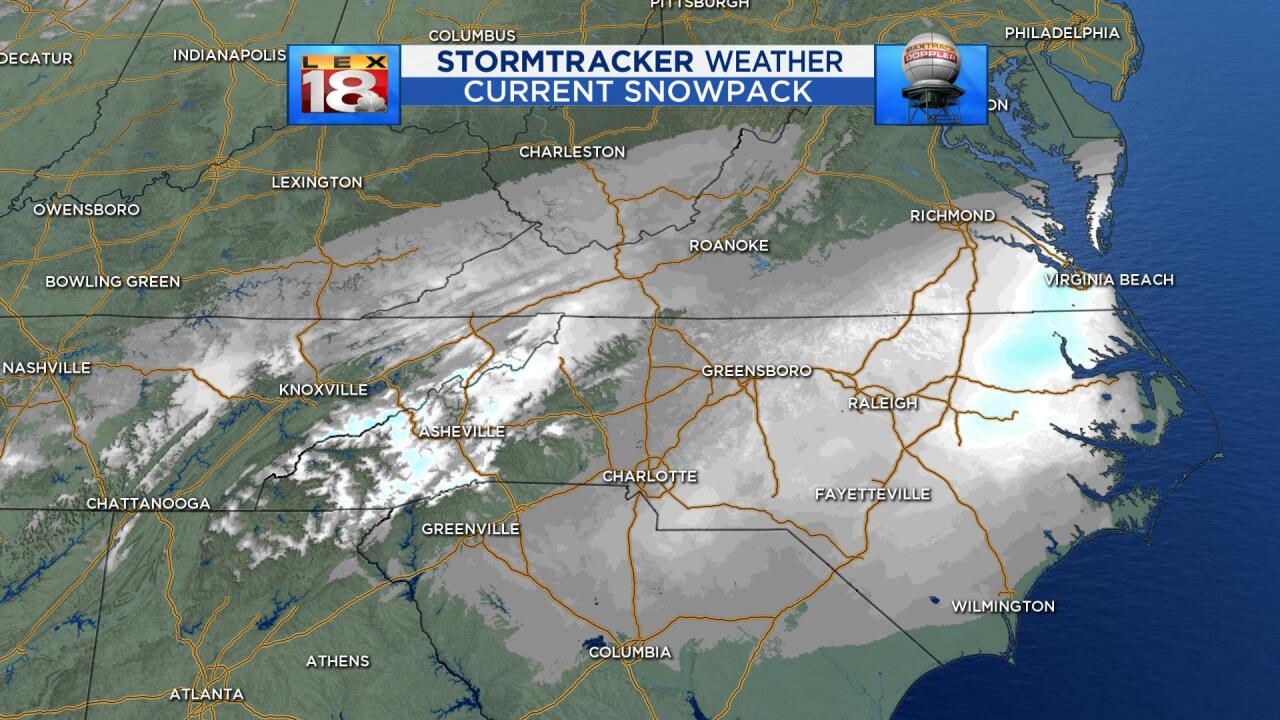 An interesting southern system brought some "hefty" snowfall totals to eastern North Carolina and southeastern Virginia. Locally, the southeastern corner of Kentucky picked up a little snow. Totals picked up from the Cumberland Plateau in Tennessee to the North Carolina coast. Conway and Murfreesboro, NC each picked up 5.0" of snow between yesterday and today. For some areas nearly a season's worth of snow fell in this single event.

A number of spots in eastern North Carolina and southeastern Virginia received more snow in a single event than Lexington has seen this winter. Lexington has picked up only two inches since December 1st.

The sun quickly came out today and began melting the snow on the ground. Visible satellite can not only give us a snapshot of cloud cover, but also the presence of snow cover. The area covered in snow has been sinking throughout the day. This melting will lead to the development of black ice overnight from Raleigh to the coast. The unusual snowfall will be a thing of the past by the weekend.