January Was Warm, But Not As Warm As You'd Think 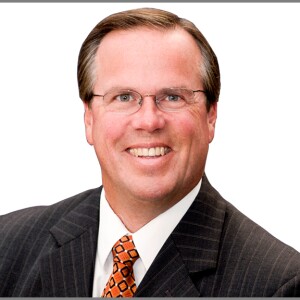 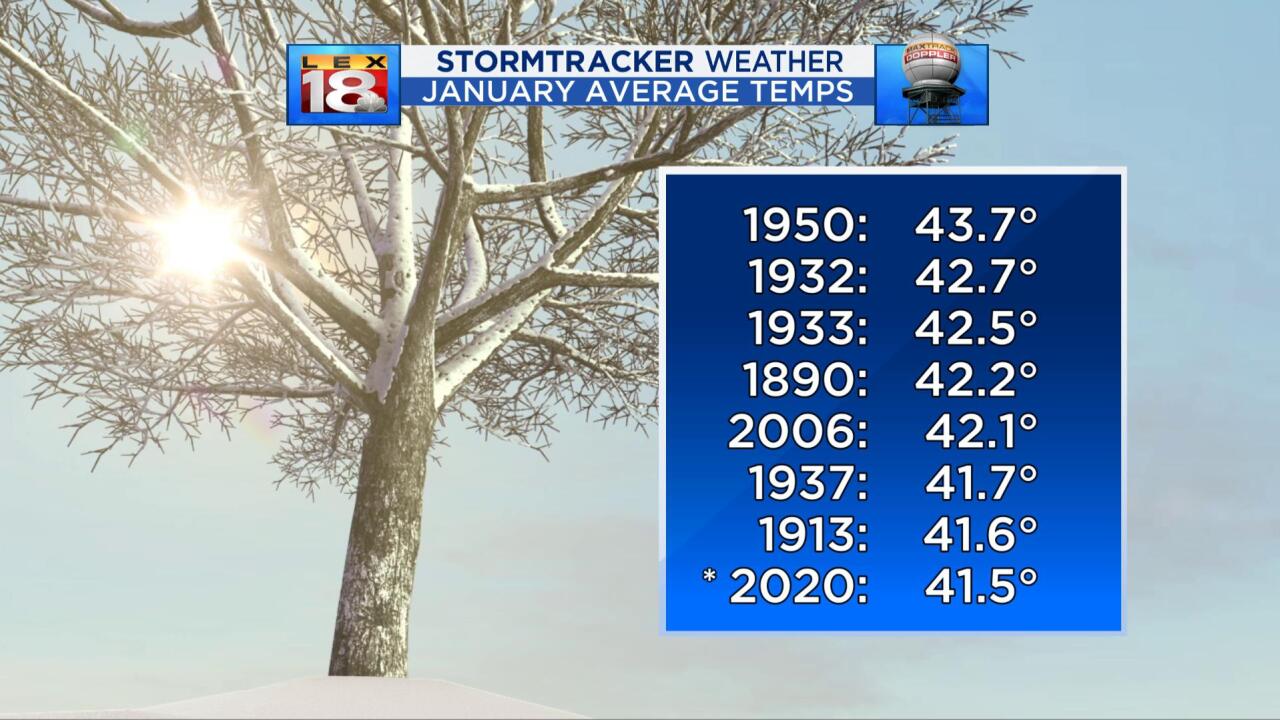 As January 2020 comes to a close, it's been a pretty remarkable month, but not as historic as you might think. It is going to end up about 8 degrees above normal, which is a lot. However, in the cold season it can sometimes be a bit easier to be significantly above normal for longer periods than in the warm season. It's that fact that even though we've been exceedingly warm, we just barely made it into the top 10 for warmest Januarys.

With the recent seasonably cool weather, our average temperature for the month came in at 41.5°. This was good enough to make 2020 the 9th warmest January (1990's 41.6° was accidentally omitted from the graphic). Yes, that's a big deal, but for HISTORICAL CONTEXT also take note of the other years on this list. How about the back to back Januarys of 1932 and 1933 and then followed a few years later by 1937. I'm sure they were thankful back in the Great Depression that the winters were historically warm way back when.

The first half of January was indeed on a record pace. We did set 3 high temperature records and we didn't have our first below normal day until the 17th.

Not only were we above normal every day for the first 2 and a half weeks...we were WAY above normal and on a record pace. When the more normal and cooler weather finally arrived, it was able to dent that record pace. When looking just at the highs, 1950 is king with a 52.4° average. The only other recent year to crack the top 10 was 2006 at 51° even. With the cool last few days, 2020 fell into a 9th place tie for high temperatures with (drum roll please) 1876 with a 49.5° average.

Please keep in mind that as far as we're concerned any high temperature records for Lexington over the last 8 to 9 months need to be taken with a grain of salt, or at least have an asterisk with them. There was a problem that developed around 2012 where all of sudden the official Lexington thermometer started running just under 2 degrees too warm. We actually did a research study here showing that shift. We did continue to express our concerns to the National Weather Service and after seeing the data they replaced the thermometer and all of sudden Lexington's temperature fell back to where it should be compared to surrounding thermometers as well as balancing its historical record. Back in the late spring the Lexington temperature began spiking again. All things being equal, there should be no time Lexington is the warmest place east of the Mississippi...but it did happen once. If nothing else, the elevation alone should keep us cooler than Louisville or Bowling Green. However, there were many days when we were either the warmest spot or tied in the state, and that just shouldn't be. We have expressed our concerns over that, the NWS acknowledges the problem and have gone back and done site surveys to try and find the cause of this more recent spike. I'm not sure what they did, but 2 days ago the thermometer came back in to line...maybe somebody just went over and unplugged it and plugged it back in. Regardless, the temperature profile seems to have returned to normal, let's just see if it continues. And regardless of all that, it's still the 9th warmest...or is it???? (cue ominous music)

The utter lack of cold low temperatures has also been pretty amazing. Our coldest low during 'winter' (December-February) has been 16 degrees. Only 1932 and 1933 and 1917 have had similar lack of real cold...but again, it's happened in the past.

By the way, and remember we always talk about BALANCE. Fairbanks, Alaska is finishing up their 15th coldest year on record (ironically 2006 is also on their list). The weather patterns that cause our warmth generally lead to Alaska cold...and vice versa.

When we highlight extreme warmth here (or cold) ,it doesn't happen in a bubble. There's an underlying big picture pattern that causes it which influences things on a regional, national, continental and even global level. The patterns of the past continue in to today.

By the way, we are also snowless. I was in a big box store and they had literally a squadron of snowblowers just sitting there in formation. It was both a funny and sad sight. This is the least amount of snow for the first 2 months of meteorological winter.

But we still have 1/3 of 'winter' to go. To break out of that top 10 shown above all it takes is 1 good snow...that's it. And don't forget 2015...it was snowless until late January and then from Valentines into March it was the 2 worst weeks of winter you can imagine here. So it can happen...not saying it will...just that it can.

So with all that, enjoy the upcoming Groundhog weekend (when it will be warm) and look forward to Weatherman's Day on the 5th (get that last minute shopping done!)

Thanks for reading. Hopefully you found some of it interesting and enjoyable.