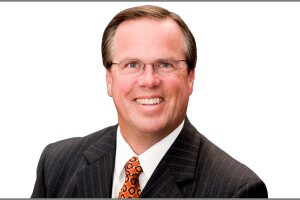 Since before the turn of the century Bill Meck has been bringing Kentuckians their weather with an award winning blend of humor, education and accuracy. During that time he’s seen well over 100,000 Kentucky kids with his Bill’s Weather 101 program which takes the science of meteorology and makes it simple and fun for the students to understand. He’s also emceed numerous events including the Lexington Music Awards, Lakeside Live, The Kentucky Rose of Tralee, various galas and fund raisers, as well as being a featured reader with the Lexington Philharmonic. He also speaks to many clubs and service organizations during the year. For over a decade he was the voice of the Man O War Swim conference in Lexington and for 4 years was the PA announcer for Lexington Catholic soccer while his daughter, Olivia, played.

Bill’s dream of being a TV weather guy began around the age of 6, and he has the books that he shows at every Bill’s Weather 101s to prove it, but became a reality at the age of 20 when he went on the air as morning and weekend weatherman for WOI-TV in Des Moines. After graduating from Iowa State he moved to Spartanburg, South Carolina, where he met his wife, Connie. He’s also worked in Roanoke and Indianapolis before finding his home in Lexington. Connie now runs a successful business in Lexington and Olivia has graduated from UK and is on track to become a Physician’s Assistant.

Away from the station, Bill is an Advisory Board member for the Salvation Army and also chairs the annual LemonAid Days. He’s served on committees at the local and state level regarding severe weather safety. Originally from Chicago, he still passionately cheers for the Cubs, Bears and Blackhawks. He also is a long time season ticket holder for UK football and enjoys the large tailgates with friends and family. His unique hobby is a collection of several hundred antique beer cans (none of which he drank!).