Kentucky tied with Toledo at the half, 14-14 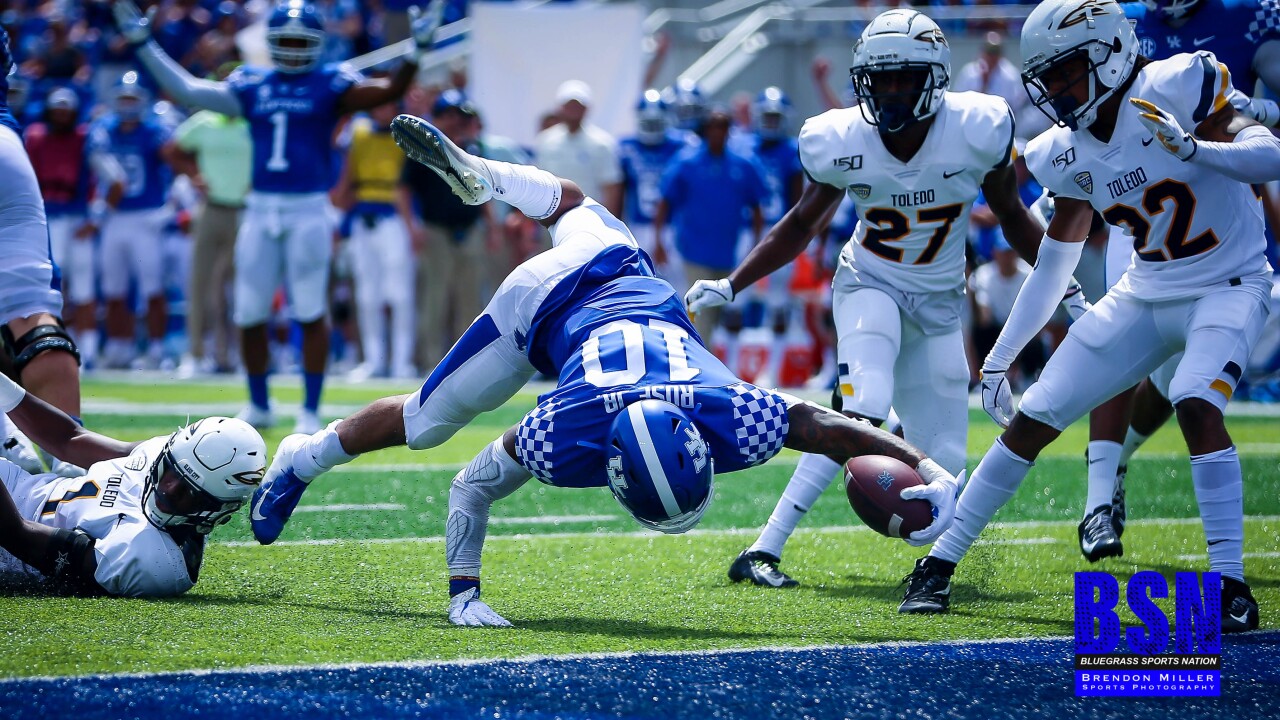 LEXINGTON, Ky. — Kentucky opening the 2019 season at home against Toledo.

Toledo would strike first after the opening kick driving 63 yards in 7 plays. A Mitchell Guadagni pass for 39 yards was the big play of the drive as he connected with Danzel McKinley-Lewis. Former Wildcat, Bryant Koback, ran it in from 5 yards out to put the Rockets in front 7-0.
Kentucky would go three and out on its first possession as A.J. Rose was thrown for a four yard loss and Terry Wilson's 3rd down pass sailed out of bounds.

The UK defense would make a stop but Toledo pinned UK down to its own three yard line on the punt. The Wildcats offense got it going. A.J. Rose picked up 9 yards on a run, Wilson completed passes to four different receivers including a 14 yard gain to Allen Dailey, Jr. Three different running backs carried the ball including Chris Rodriguez for 21 yards. With UK at the 2, Rodriguez ran the Wildcat, fumbled before he scored into the endzone and Justin Rigg recovered for the UK touchdown. The game was tied at 7-7.

oledo countered with a 7 play, 75 yard drive that would end with quarterback, Mitchell Guadagni carrying it in from 21 yards out to give the Rockets the lead again 14-7 with 11:31 to play in the 2nd quarter.

Kentucky would use some big plays to tie the game up. Wilson hit Lynn Bowden, Jr. for a 29 yard gain,followed by Rose running for 21 and then he finished off the drive with an 11 yard touchdown run. The game was tied at 14-14 at the half.