Kentucky up to 198 cases of COVID-19; Update on unemployment 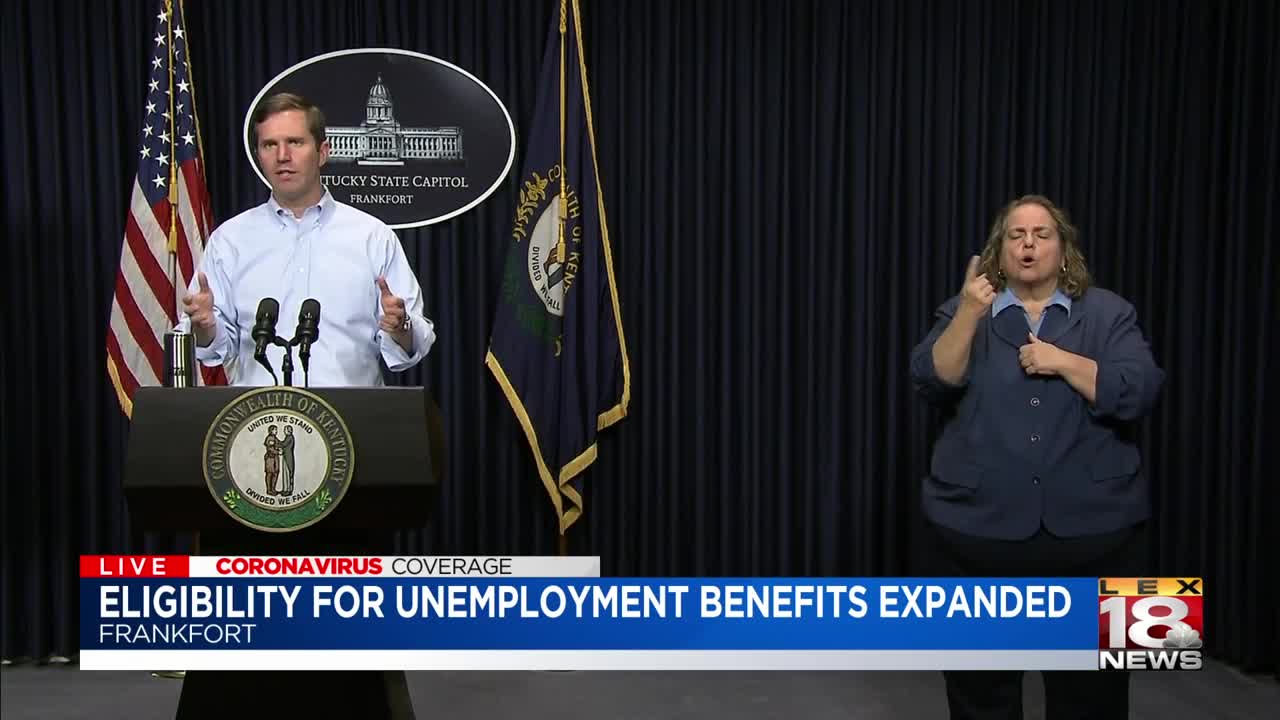 FRANKFORT, Ky. (LEX 18) — Gov. Andy Beshear announced during his Wednesday press conference that Kentucky is now up to 198 confirmed cases of COVID-19, 35 more than Tuesday.

Of the 35 new cases, one includes an individual who recently returned from spring break in Florida.

"The next two to possibly three weeks are going to be absolutely critical in our battle against the coronavirus," Beshear explained. "What we are seeing is an escalation across the country. We are seeing in many places a doubling of coronavirus cases every two days."

Below are the day-by-day numbers of cases of COVID-19 in Kentucky over the past five days.

While there was a surge in cases, Beshear did deliver some good news regarding unemployment in Kentucky.

"I'm happy to report that as of today, independent contractors, small business owners, substitute teachers, childcare workers from churches, cosmetologists and anyone who has had to leave their job because of quarantine or paid leave now qualifies for unemployment in Kentucky," Beshear noted. "This means that so many of you who are out there who are worried are now able to file, and we want you too. If you have already filed because we asked you to, you do not need to do anything else."