Transition from winter to spring stormy at times. 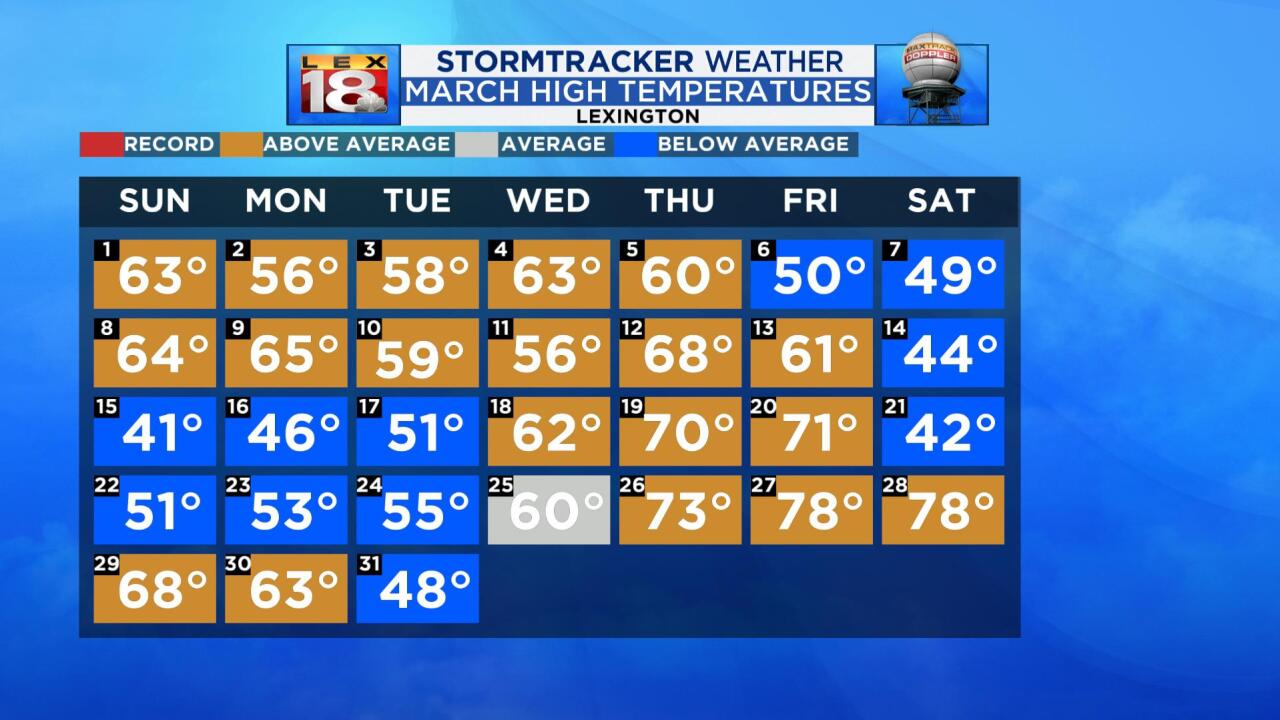 The first month of meteorological spring is now in the books. March 2020 brought the Bluegrass one final burst of winter, several rounds of strong and severe storms, and a taste of early summer warmth.

Total precipitation was fairly normal with 4.96", about 0.9" above-normal. Possibly the final snow of the season came on the 6th when a trace was recorded at Blue Grass Airport. This year's (November - March) total snowfall remains at 5.6".

The transition from winter to spring has been stormy at times. March began with a night of strong storms across the Lower Ohio and Tennessee valleys on the 2nd. Locally there were reports of large hail and some flash flooding. A couple of tornadoes were confirmed near Bowling Green and in Christian County in western Kentucky. These storms produced much stronger tornadoes in middle Tennessee, where an EF-3 ripped through Nashville and an EF-4 touched down near Cookeville.

The 12th brought another bout of strong storms produced a swath of gusty winds from St. Louis to the Lake Cumberland area. This system also produced an EF-1 tornado in Whitley City, McCreary County. The path was over 1.5 miles long to the northwest of Whitley City with estimated maximum winds of 100 mph.

The night of March 28th brought the potential for severe storms. The threat remained mostly to the west of I-65. It was mostly wind-driven rain for the Bluegrass. March went out like a lion and on a "yucky" note with widespread rain and temperatures that didn't make it out of the 40s.