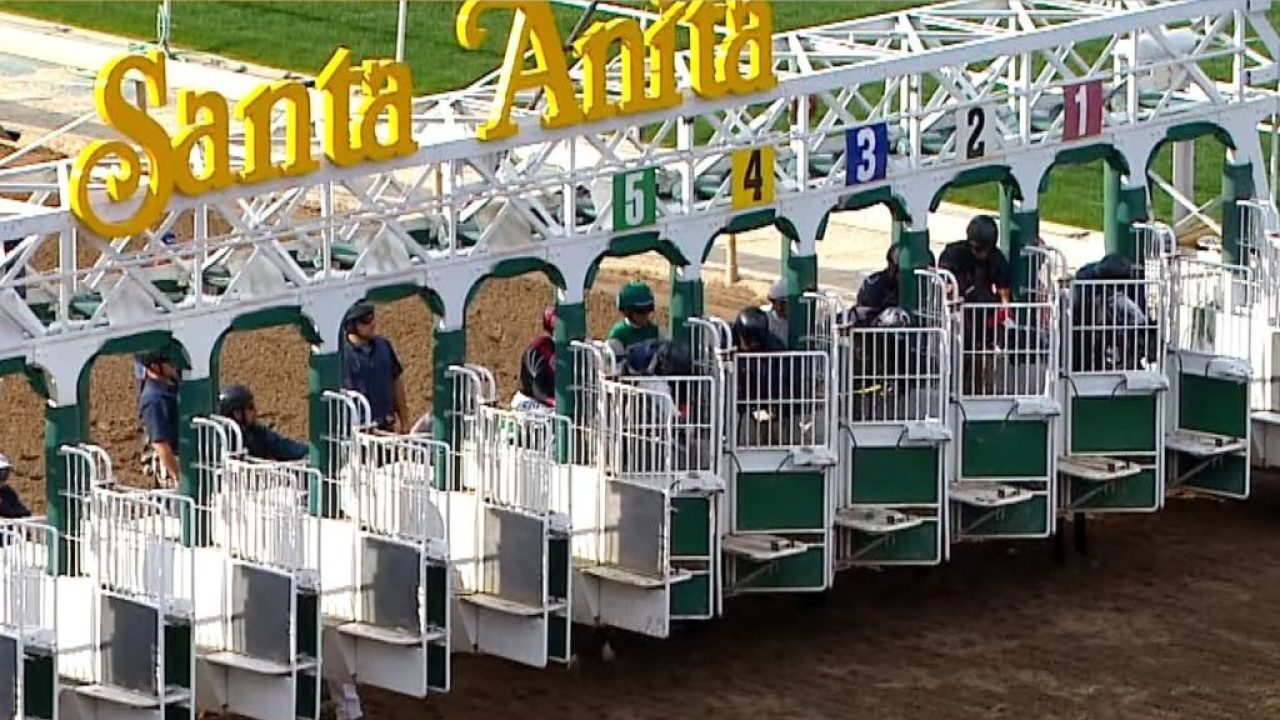 Four Wheel Drive leads the Ward brigade in the first of five stakes for 2-year-olds on opening day of Breeders' Cup. Ward also sends out a pair of fillies to face the boys: Kimari (7-2) and Cambria (12-1), giving him three of the 12 runners in the field. Four Wheel Drive, a son of Triple Crown winner American Pharoah, has easily won stakes at Colonial Downs and Belmont Park.

Keep an eye on: Kimari looms as the top threat. She has won three of four heading into this showdown with her stablemate Four Wheel Drive. A'Ali (6-1), one of six European-based horses in the race, has won graded stakes in England and France.

Irish champions O'Brien and Moore have combined to win this race four times and they return with one of Europe's leading 2-year-olds. The colt has already competed against top-level runners in England, Ireland and France, and looks like the class of this field despite drawing the far outside post in the 12-horse field.

Keep an eye on: Christophe Clement, one of the leading U.S. turf trainers, looks to break a 0-for-36 Breeders' Cup skid with Decorated Invader (4-1). The colt won the Grade 1 Summer Stakes at Woodbine. Structor (5-1) is unbeaten in two races.

A dazzling winner in her lone race at Santa Anita last month, Donna Veloce faces a stiff assignment as she steps up to face more seasoned foes. The daughter of Uncle Mo (who was undefeated as a 2-year-old) was an $800,000 purchase from a 2-year-old sale in March and can earn that back, and then some, with a victory here.

Keep an eye on: There's a trio of fillies listed as 7-2 second choices: British Idiom, Bast and Wicked Whisper. All three earned Grade 1 wins in their latest efforts, and it would not be a surprise to see one of them edge out Donna Veloce as the post-time favorite. Bast will certainly have her local backers following wins in the Debutante at Del Mar and the Chandelier at Santa Anita for Hall of Fame trainer Bob Baffert.

Talented European runner bounced back from her lone career defeat to win a Grade 1 stakes in France while stretching out to this one-mile distance over soft turf. Her biggest challenge could be the surface transition. The turf course at parched Santa Anita will be rock hard.

Keep an eye on: Daahyeh (5-1) has 3 wins and 2 seconds in her five starts. This will be her first test beyond 7 furlongs. Sweet Melania (5-1) is the co-second choice and the top North American hopeful. After two mediocre races on dirt, she picked up her game with the switch to turf and was a dominant winner most recently in the Jessamine Stakes at Keeneland for trainer Todd Pletcher.

Clipped the heels of a rival in his debut and dumped the rider in the lone defeat. He has been sensational ever since, posting a 19 ¼-length maiden win before capturing the Iroquois Stakes at Churchill Downs. The Juvenile is the kickoff to next year's Triple Crown and this looks like one of the serious players on that road.

Keep an eye on: Eight Rings (2-1) has a remarkably similar profile to Dennis' Moment. He's also 2 for 3 with the lone loss coming when the jockey fell off in the Del Mar Futurity. As a result, John Velazquez picked up the mount for Bob Baffert, a union of Hall of Famers, and he has the home-field advantage in this showdown. Baffert has won this race four times, including last year with Game Winner. Storm the Court (20-1) also dumped his rider in the Del Mar Futurity and was no match for Eight Rings last time. Should be closer to the pace with addition of blinkers.