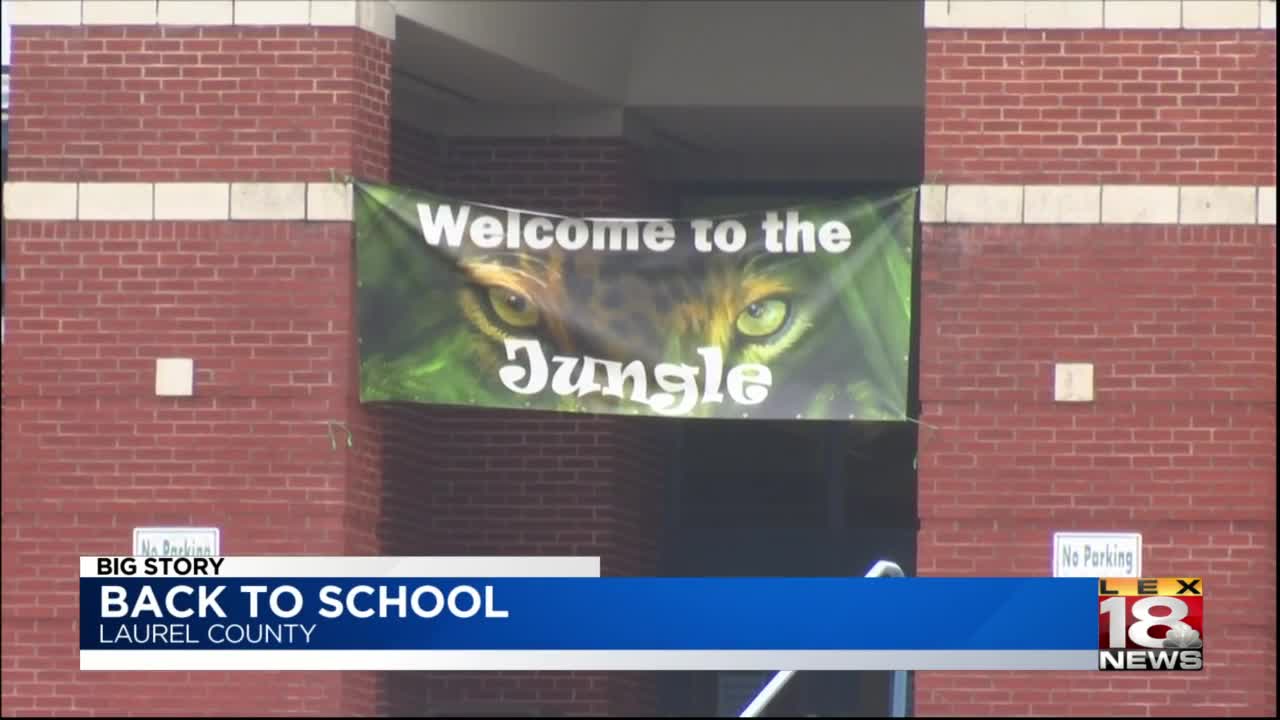 LONDON, Ky. (LEX 18) — It was nice to see schools in session for the first time since March, but it sure didn't look or sound like any back to school day you've seen before.

In Laurel County, the students are all wearing masks in grades 1-12 (faculty members too, of course), and everyone who comes into the building must undergo a temperature screening on their way inside. Those are just some of the safety measures the district put in place to re-open safely. The LCPS district also gave parents an NTI option, which made for some tough conversations at home over the last few weeks.

"It was extremely stressful for us," said Lea Mann, who owns and operates "The Kitchen," an eatery in London. "We didn't know what we were going to do as far as helping him all day," Mann said.

Lea set up a desk for her second-grader in the back of their restaurant and relied on his strong performance during NTI in the spring.

"He did so well, and was very disciplined about being to his classes on time," Mann said.

Regina Evans had other issues to sift through when considering whether or not to send her four kids back to their respective schools.

"I have a two-year-old at home, so they could get him sick, then they could get their grandfather sick. He's fighting lung cancer with one lung," Evans said of her dilemma.

Lea and Regina made different decisions based on what's best for their families. There is no right/wrong decision in this scenario. People were forced to make one, and now they'll hope it was the best choice.