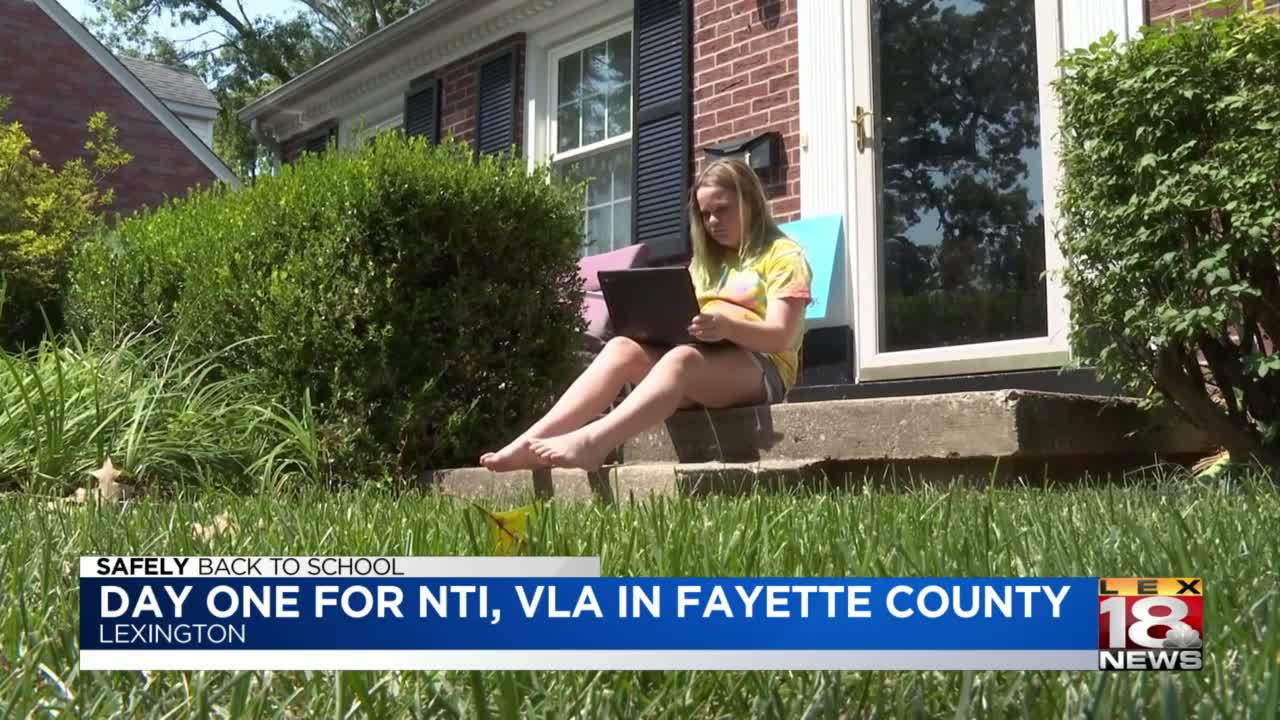 LEXINGTON, Ky. (LEX 18) — NTI or the Virtual Learning Academy experience for the 2020-2021 school year began across Fayette County today. While most expected the worst, it may not have gotten off to such a bad start.

Griffith said of his more than thirty students, only one had issues with logging in for today's lesson. It wasn't that way in the spring.

"I might've had eight out of thirty who were all able to join in back then," he said of the online instruction in the spring when COVID-19 shut everything down.

5th grader Aden Davis is doing her NTI from her grandparents' house while her mom and dad are working. She said the internet connection there is good, and she was able to fight through early glitches.

"We had some problems logging on early, but I was able to figure it out," she said.

But Fayette County Public Schools also offered a Virtual Learning Academy based in Florida. LEX 18 received a few emails from parents who signed up for that program, and one mentioned that as of 10:30 pm on Tuesday they hadn’t received any information on how to log on, or when to do so.

Another issue within the Fayette County NTI program has to do with chrome books. Each student was promised the laptop computer, but not every student has been issued one in time for the first day. We’re told thousands have been ordered, and should arrive shortly.

In the interim, those without will have to use what’s available to them at home.

“It’s the first day, so I think it’s normal to expect some problems,” said Seth Johnson, whose three kids were all at home participating in NTI.

If nothing else, Chris Griffith feels the district learned from any mistakes it made in the spring. Aden Davis certainly learned something.

“I know more now, so the more you know it’s easier to do this stuff,” she said.