Some FCPS students still in need of chromebooks, hotspots 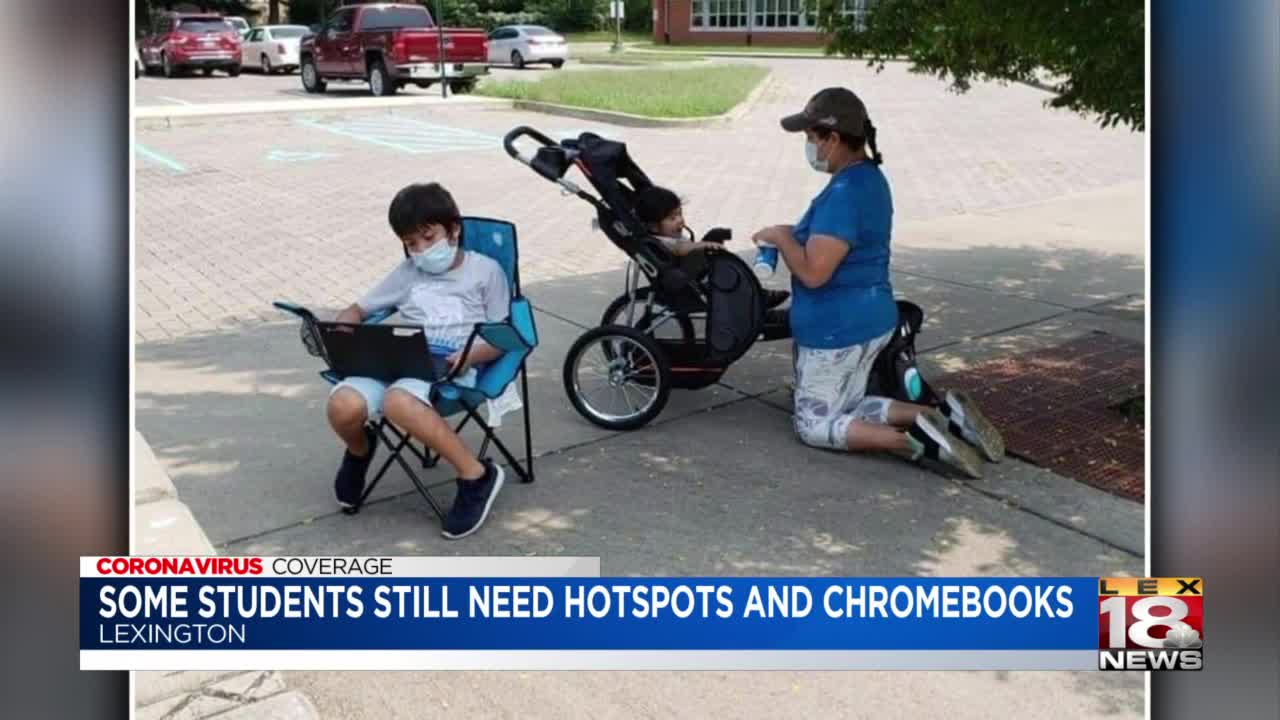 LEXINGTON, Ky. (LEX 18) — To participate in classes with his teacher at Cardinal Valley Elementary, Ethan Rodriguez must sit in the school parking lot to get WIFI. The fourth-grader doesn't have the internet at home.

"Without the hotspot, we can't do anything mostly," said Ethan. "It's like game over."

Concerned staff members at his school say 200 students still need Chromebooks and 100 students need hotspot devices. Ethan's mother, Erika, says she has been pleading with Fayette County Public Schools to get a hotspot and is still waiting, three weeks into classes.

"He's really worried because it's supposed to be everything is fine for the kids back to school but it's not really true," said Rodriguez.

Rodriguez says FCPS gave Ethan a Chrome book, but with no internet access at home. He's using his parents' cell phones to do his assignments in the Google Classroom app. When asked if he is keeping up with his classmates, Ethan told us, "I'm like trying to catch up as much as I can."

In May, Fayette County Public Schools announced the district had approximately 35,000 Chrome books to give students and ordered 12,000 more in July. However, due to a shortage, the devices didn't arrive by the start of school. According to published information by FCPS, the district should receive the remaining devices by early October.

Students like Ethan Rodriguez received one. Now, he needs a hotspot to be able to do his schoolwork safely at home instead of the school parking lot.

LEX 18 reached out to Fayette County Public Schools to see what else is being done to help students like Ethan Rodriguez. Their response is below.

Last week we received a shipment of 2,000 additional Chromebooks and our technology department has been working overtime to get them into the hands of students as quickly as possible. Please recall that prior to this year, our district had invested in more than 35,000 Chromebooks and had gone 1:1 in all middle schools, as well as several elementary and high schools.

For the 2020-21 school year, our first priority has been to provide devices for students who do not have access to computers in their homes. In addition to the district devices distributed in past years, many families have shared that they did not need a district-issued Chromebook because their students already have a personal device.

At this time, we have another 10,000 Chromebooks on order. We are communicating with the vendor nearly every day to keep up to date on delivery timeframes. Once all shipments are complete, we will be able to distribute additional devices so that every student has a district-issued Chromebook, and begin the process of replacing older devices with newer ones.

We are expecting 500 more hot spots tomorrow and expect to be able to fill additional requests within the week. While that will help many families, we continue to work with T-Mobile and AT&T to get more hot spots so that we have additional inventory on hand as needs arise.