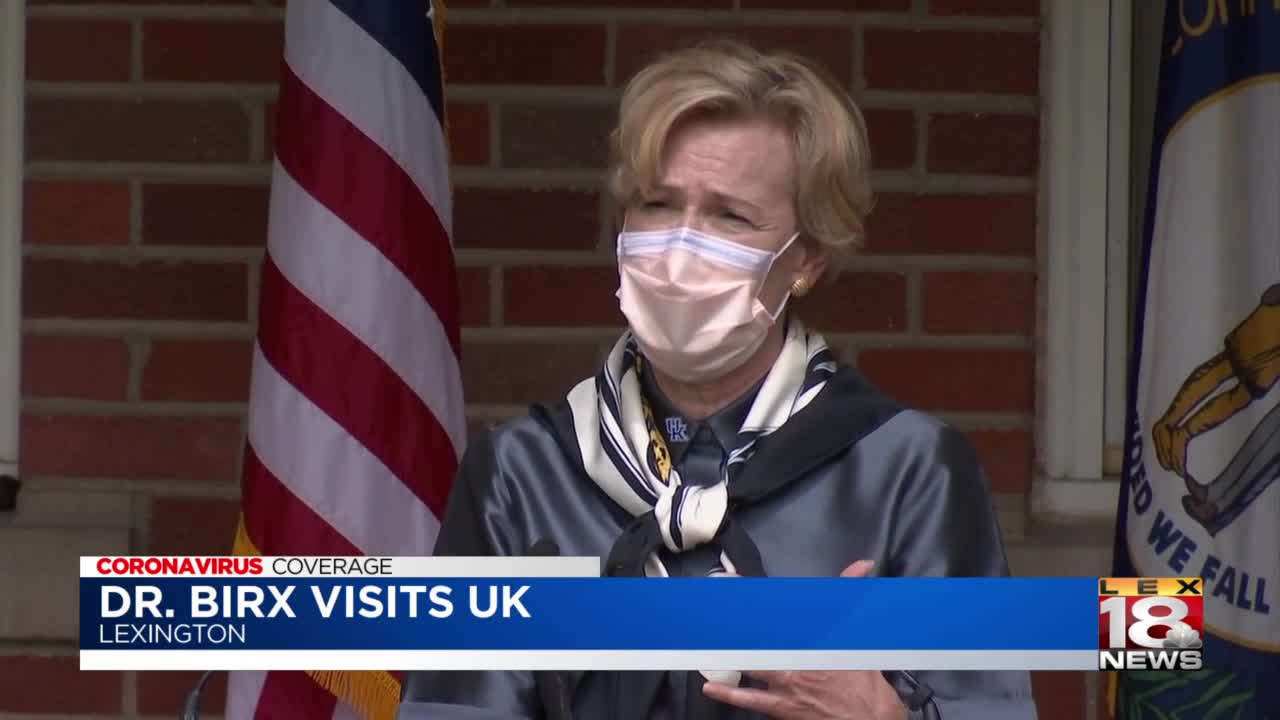 LEXINGTON, Ky. (LEX 18) — From 1600 Pennsylvania Avenue to South Limestone Street. One of America's leading experts on COVID-19 and a member of President Donald Trump's Task Force on the virus came to Lexington for a series of discussions about coronavirus.

"It was really beneficial to hear from the students and hear what's difficult for the students to do," said Dr. Deborah Birx, following today's meetings.

Birx praised the university for its plan to reopen safely but noted that no plan, no matter how well-conceived, can work unless everyone buys in.

"Last night we drove all around campus, we like to do our own reconnaissance to see what students are doing, and I've got to tell you the majority of students were wearing their mask," Birx said.

Birx also thanked UK for the months of planning school officials invested in launching a safe reopening plan. And she implored parents who visit students on campus, to wear a mask and adhere to social distancing guidelines.

"I can tell you, most of the cases on campus will come from behavior off-campus," Birx said.

Birx joined the president's task force in March after Mr. Trump told a reporter that the virus is airborne and highly contagious, despite telling everyone else that it was "a hoax."

"It's his job and his determination of how he talks to the American people. I know we've been consistent in our message to the vice president and the president on the specifics of this virus, and the spread of this virus," Birx said.

Birx was highly complimentary of UK’s work thus far, noting the recently adopted wastewater collection research will go a long way towards identifying asymptomatic carriers, and where they are residing.