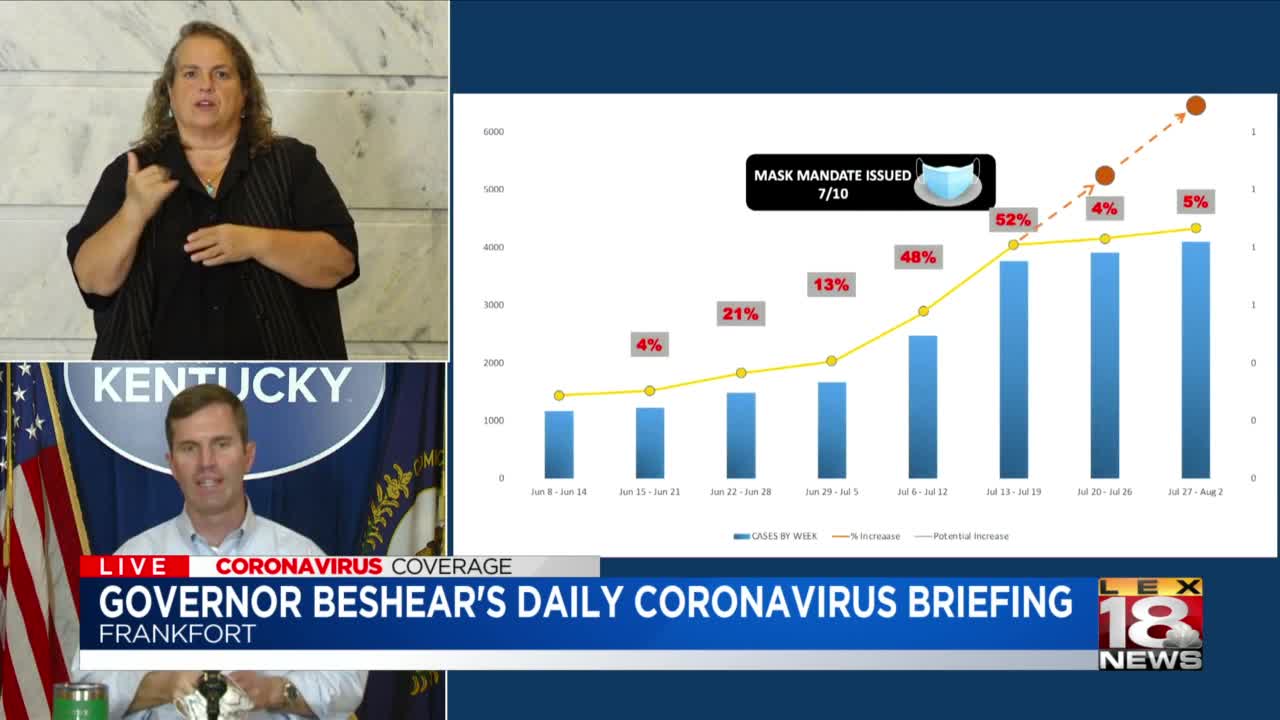 FRANKFORT, Ky. (LEX 18) — During his Thursday press conference, Gov. Andy Beshear extended a mandate requiring Kentuckians to wear a mask in public for 30 more days. The original mandate was issued on July 9, began on July 10 and was set to end on August 9. The extension means the mandate will now be in effect until September 8.

Gov. Beshear explained his reasoning behind the extension, stating that Kentucky had 247 fewer cases from Monday to Thursday of this week compared to last week. The slight decrease in cases comes after Kentucky experienced a surge in cases, which also took place during the initial 30-day period of the mask mandate.

"At least in overall numbers, we appear to not just be slowing, but we hope, stopping any escalation that we have seen," Gov. Beshear said. "If these numbers continue, they are further evidence that wearing that facial covering, wearing that mask, is truly helping Kentucky in so many different ways."

Gov. Beshear added that he will take it "30 days at a time" in terms of extending the mask mandate after September 8.

The extension of the mandate comes on the same day that Gov. Beshear announced 516 new cases of COVID-19 in Kentucky.