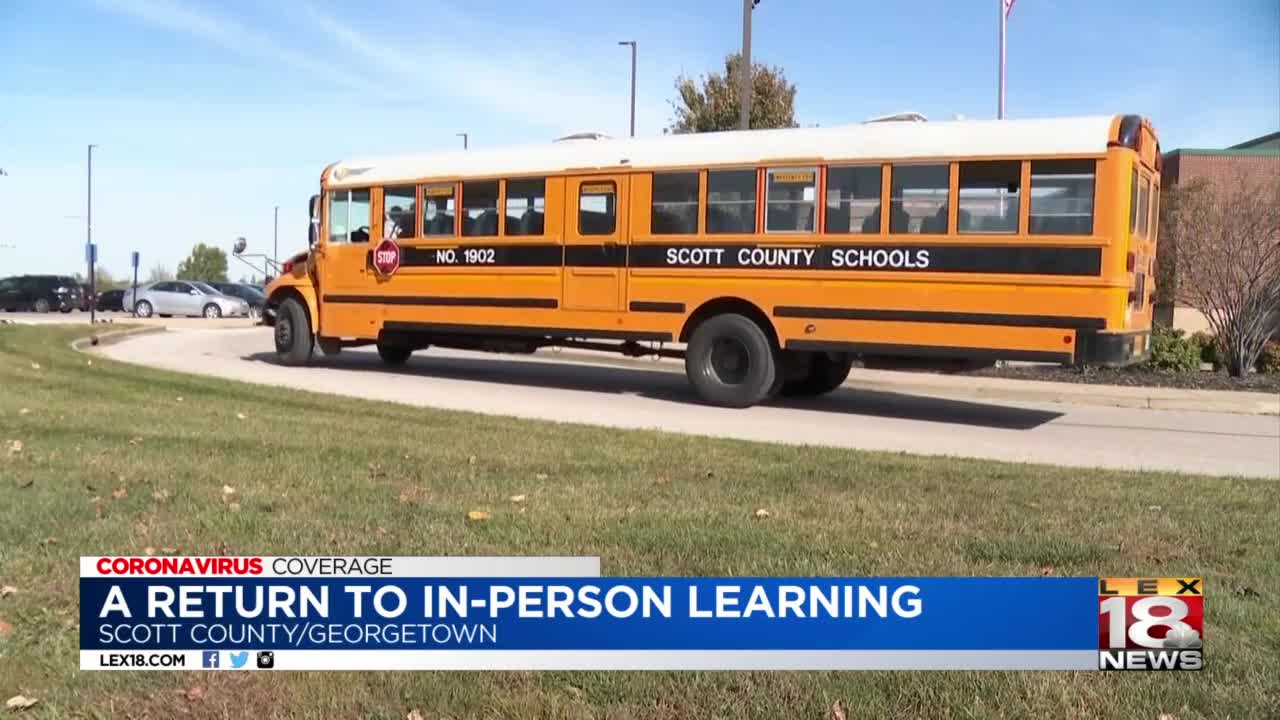 GEORGETOWN, Ky. (LEX 18) — It won't come without some setbacks, but for now, Scott County Schools Superintendent Dr. Kevin Hub prefers to focus on the positives.

"Lots of stories this morning and anecdotes from other people," he said. "Not only from those in schools, but I was on a zoom call this morning, and people there were talking about their kids dressed with backpacks and masks on more than an hour before the bus was supposed to pick them up."

Hub seemed just as excited about today's return to in-person learning as some of those kids. He's allowing himself a day for that before turning his attention to what's likely inevitable.

"We're sure we are going to have cases," Hub said while citing the few that have cropped up with the district's fall season student-athletes. But even in those, there's been a bright spot.

"Since we got going with athletics from the beginning, I think it's helped our students understand the importance of protocols," he said.

"Most of them are really encouraging their peers to keep their masks on because once we're back in school, we want to stay in school," he said.

Because, as he stated, it's where these kids belong during the week.