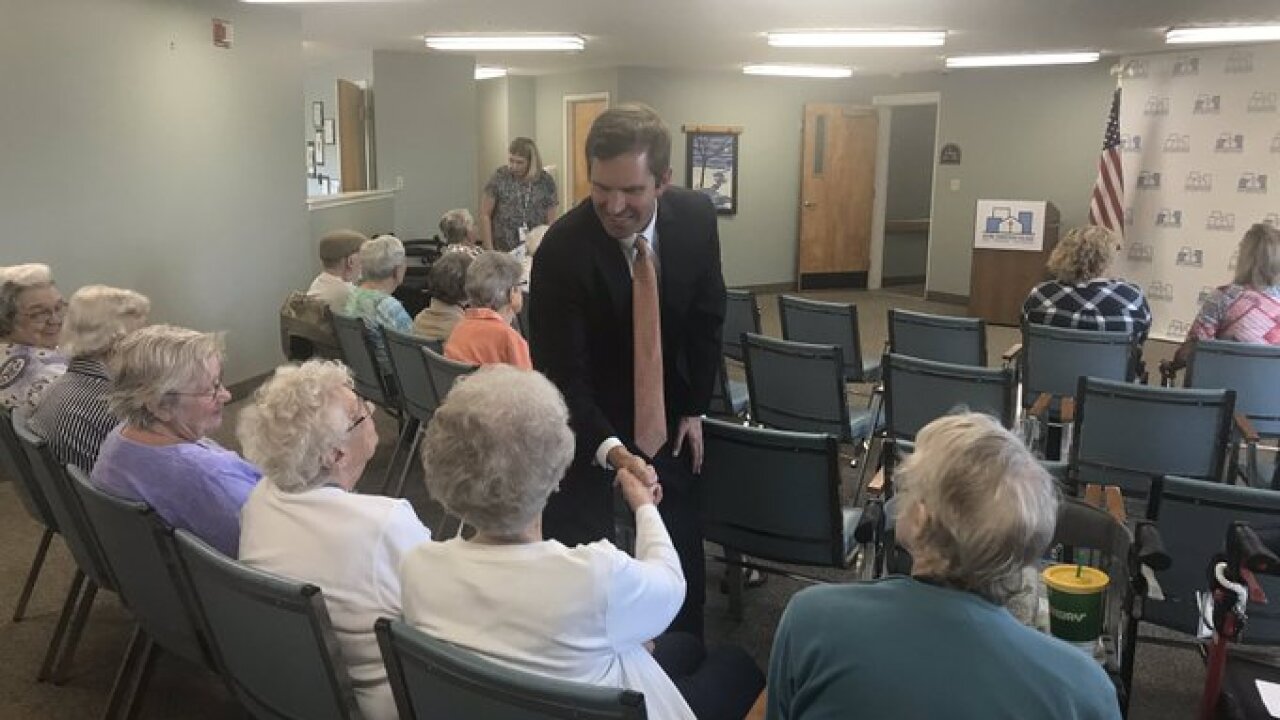 LEXINGTON, Ky. (LEX 18) — Attorney General and Democratic Gubernatorial candidate Andy Beshear’s campaign trail brought him to Lexington on Thursday afternoon for a visit with senior citizens at the Sayre Christian Village retirement community. Beshear hit on several topics, including the rising cost of prescription drug prices and elder financial abuse. The latter of which has been a focal point of his work as AG.

“We believe that seniors lose 40 billion dollars a year from elder financial abuse,” Beshear said. “It means those who have paved the way for us are being preyed upon.”

Beshear’s message resonated with those in this crowd, many of whom have been on the receiving end of attempted scams. “I think he cares about us,” said Sayre Village resident Jean Gregory.

Beshear also said he’s looking forward to the five televised debates that are scheduled beginning next Thursday with his opponent, Governor Matt Bevin. “We are going to debate this governor and we’re going to do it a lot,” he said. “…we look forward to getting the opportunity to see that question and answer (format) from both of us.”

The verbal warfare between these two, who have office space around the corner from one another in Frankfort, has been fascinating to witness over the years. And the tension should make these final five weeks leading to Election Day, very interesting. Beshear says he’s ready for it.

“There is so much excitement out there from east to west,” he said. “We are seeing more active energy than I can ever recall.”

Guessing we’ll see even more active energy once those debates begin next Thursday!