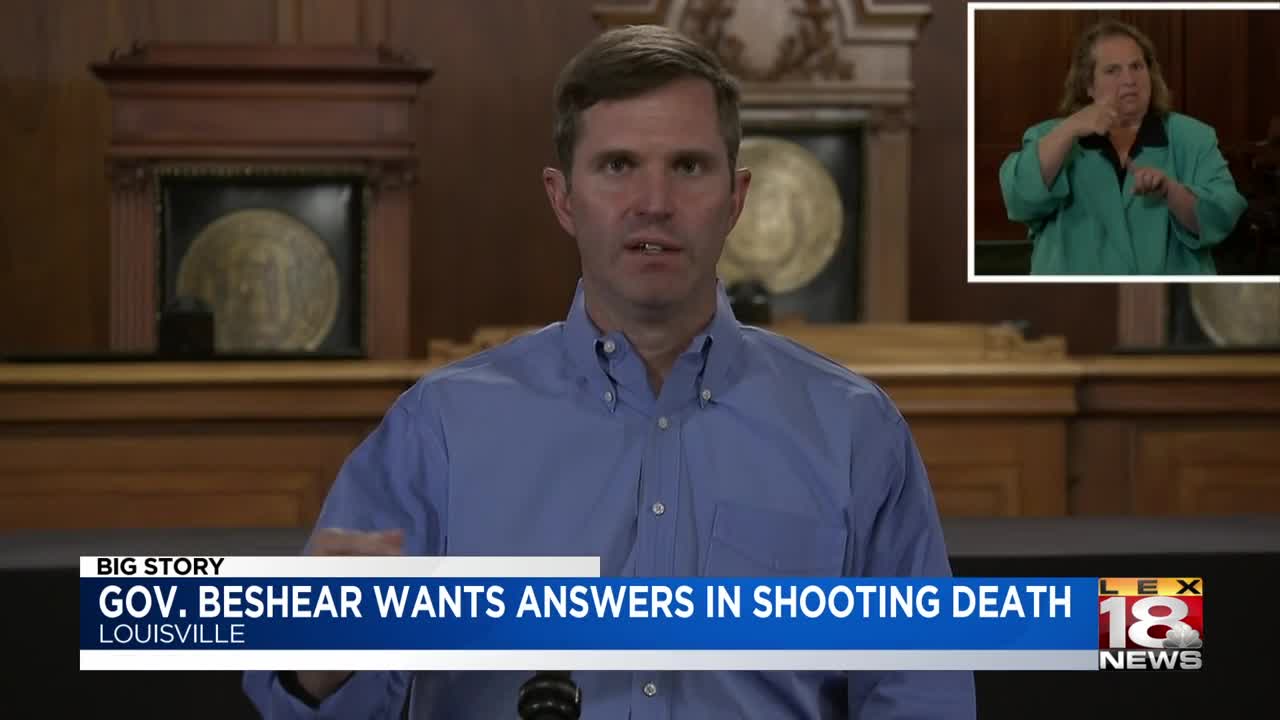 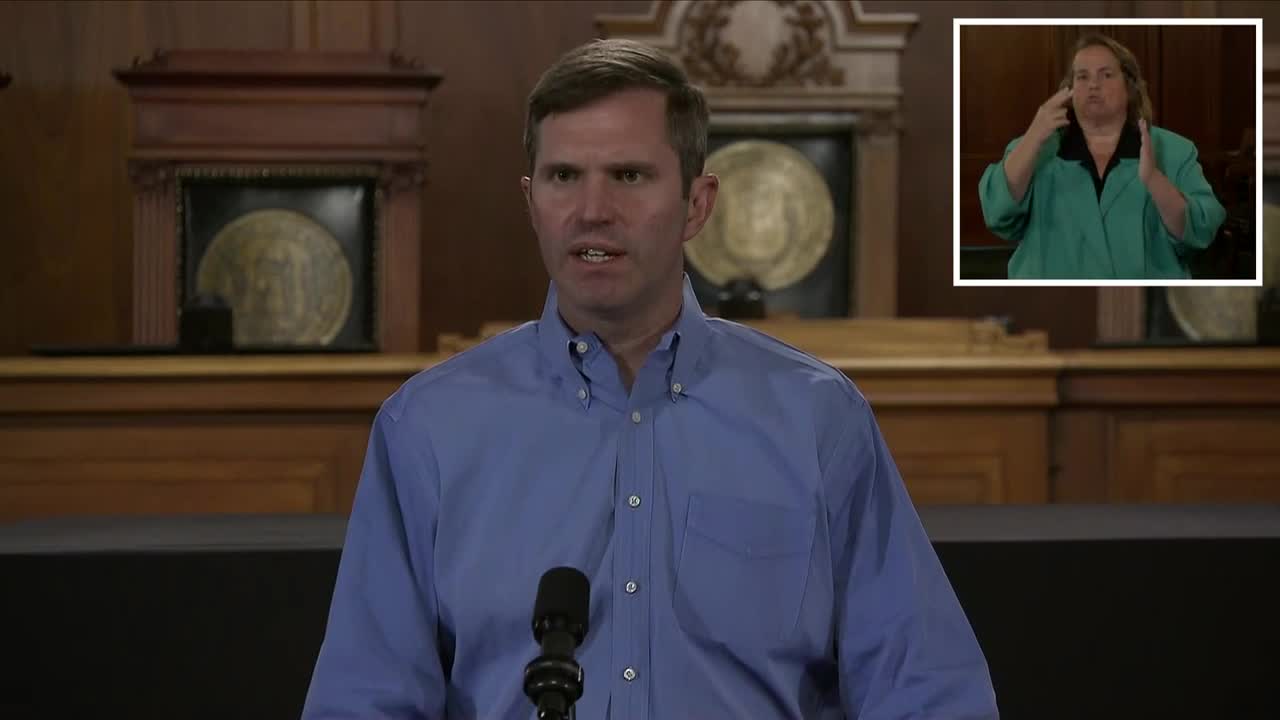 FRANKFORT, Ky. (LEX 18) — Following the shooting of a civilian during a protest in Louisville shortly after midnight Monday, Gov. Andy Beshear is calling for police to release the body camera footage for the public to view. However, Beshear nor anyone else will be seeing body footage. Louisville Mayor Greg Fischer announced during his Monday press conference that there is no body cam footage, which resulted in Louisville Police Chief being fired.

Beshear hopes that there is cell phone footage out there.

"I believe the people of Kentucky deserve to see it for themselves," he said during a press conference in Frankfort.

Gov. Beshear said he received a call after 3 am, that someone in the crowd fired upon officers from the Louisville Metro Police Department and members of the recently called up Kentucky National Guard.

"LMPD and the National Guard were fired upon. That, we believe, absolutely occurred first," Governor Beshear added.

What happened afterward is what Beshear wants to get to the bottom of, quickly. David McAtee, an unarmed black man, was shot and killed near the scene. McAtee was a restaurant owner on Louisville's west side, where he was known for feeding officers free of charge on many occasions. Police didn't say who fired the first shot from the crowd of people, but they did have several persons of interest whom they'd questioned.

Beshear is not opposed to protesting, so long as it doesn't lead to violence. He even commended the people of Lexington for how they've handled themselves during these situations.

It's been a much different story in Louisville, where seven people were shot last Thursday, and Mr. McAtee lost his life on Monday morning. Gov. Beshear knows this state – like many others – cannot handle another breach of trust with law enforcement. You'll recall the shooting death, by police, of Breonna Taylor in March, who was at home when police executed a "no-knock" warrant. Police were reportedly looking for her ex-boyfriend. Today, Beshear had Breonna's mother speak about that tragedy. She also pleaded with protestors, to demonstrate in a non-violent manner.

Beshear said he knows there's a lot of footage from last night's violent episode, and he promised transparency as Kentucky State Police conduct their independent investigation.

"Whether this was justified, or something that's cause for more concern," he said of his desire to release the footage of the incident.